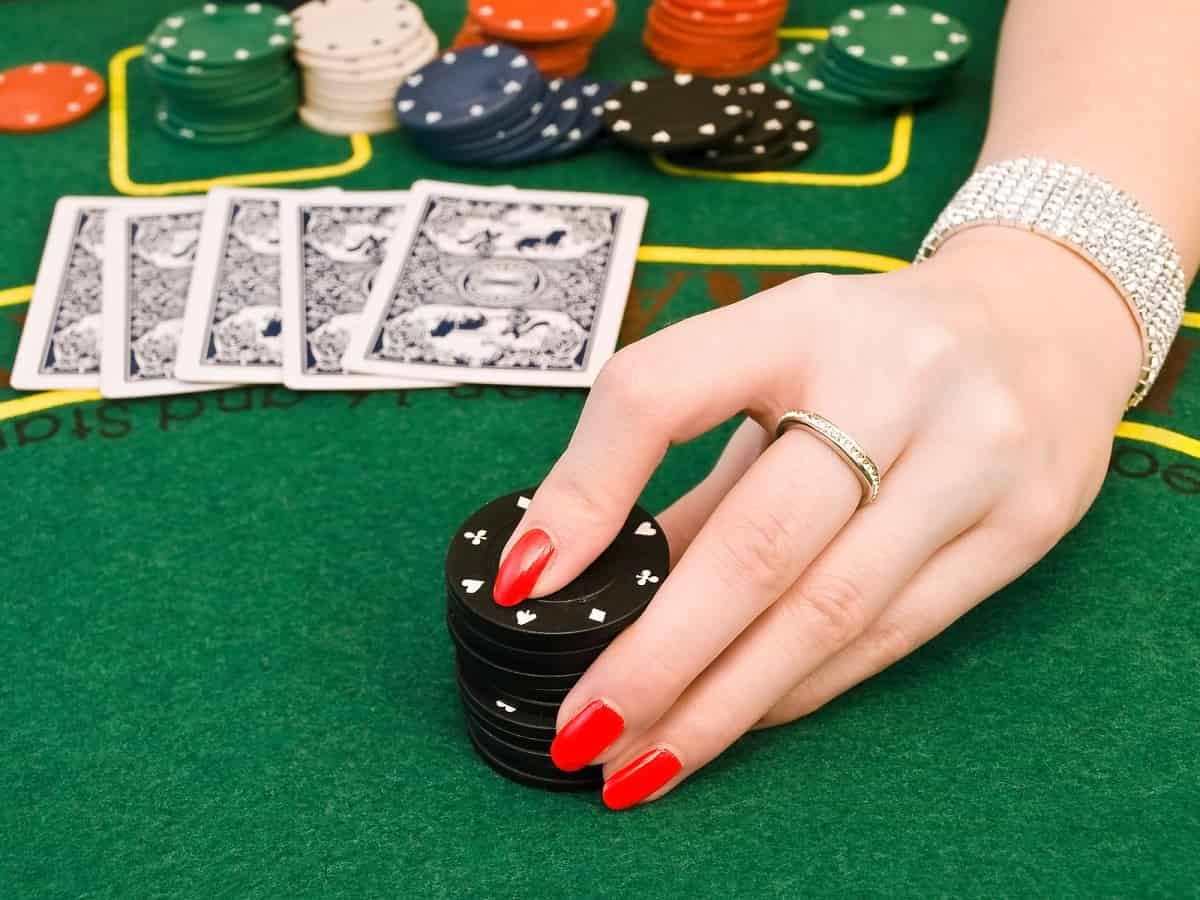 Throughout the years, we have seen some amazing female poker players emerge and dominate the poker scene. Today we compile the best ones according to CoinPoker.

Many women have dominated the poker tables throughout the years. One of the pioneers was Linda Johnson, referred to as the “The First Lady of Poker” by the late Mike Sexton.

Linda put the foundation in place for females from all around the world, to enter and establish themselves as true contestants of the game.

And we have seen some tremendous female players take to the felt, especially after the Moneymaker effect.

So, who are the top female poker players in history?

The list of some of the best professional female poker players in the world is long.

Still, before we dig into the list of players, we do have some honorable players who not only might deserve a spot in this list but have contributed tremendously to the game we all know and love.

Some didn’t make the list but could all deserve a spot in it include Vicky Coren, CoinPoker’s own Isabelle “No Mercy” Mercier, Jennifer Harman, and Barbara Enright.

Barbara was the first woman to be elected into the Poker Hall of Fame back in 2007. She is also the only woman to have made it to the final table of a World Series of Poker Main Event.

Alongside this, she is just one of four, including Harman, Johnson, and Selbst to all have won three WSOP-bracelets each. Just a short note, Selbst is the only one out of this group that has won these bracelets from “open” events.

Truly one of the most outstanding female players to ever hit the felt. We have seen her at numerous final tables over the years. Battling it out with all the top names in the game and doing so very successfully.

Throughout her successful career in poker Vanessa has managed to win over a staggering $11 million from live events around the world. That doesn’t include the earnings she has made as a brand ambassador and highly successful online action, both at the cash tables and tournaments.

Her amazing accomplishments rank her as the number 1 female poker player in the world and in 41st place in the overall live earnings ranking. A true testament to her skills and eye for the game.

Amongst her achievements, besides the three WSOP bracelets she has, she also reached a staggering eight WSOP final tables, cashed over 20 times during the World Series of Poker. Add to that two final tables at WPT. The only thing missing would be an EPT victory.

Selbst, having officially retired from poker back in January 2018, will most likely retain the title of highest-earning female poker player for some time to come.

Next on our female poker players list we have Kathy Liebert, or PokerKat as she is also known as. She is amongst what we would consider as the “old guard” within poker.

By this, we mean a player that saw most of their success within poker happen during the late ’90s or early 2000.

Amongst her different feats during her poker career, we have six WPT final tables along with an astonishing 47 cashes during the World Series of Poker.

That also includes a WSOP bracelet that she won in the $1500 Limit Hold’em Shootout in 2004. Her total live earnings have surpassed $6 million and continuing to grow as she is still actively playing the game she loves.

Annie Duke is also amongst those female players that reaped most of their success during the early poker boom.

She was far from new to the game but once it blew up, she along with her brother, Howard Lederer, raked in money playing poker.

As it stands right now Duke has earned just over $4 million from live events across the world.

However, she hasn’t been seen on the live poker circuit for years now and is not expected to return.

Her involvement with Full Tilt Poker scorched her reputation and instead of facing the disgruntled players who suffered from that disaster, Duke decided to withdraw from the limelight with her last recorded live cash dating back to 2011.

Here we have the Norwegian superstar of poker, who took everyone by surprise when she took up the game.

Playing under the online nickname Annette_15, she managed to crush her opponents both playing cash and tournaments. Nevertheless, like many others, she has retired from the live poker scene and we saw her last live cash happen back in 2018.

Her biggest success came the day before her 19th birthday, when she won the inaugural WSOP-E Main Event, cashing for $2 million.

That was just one of many prominent places she pulled off during her career, leaving her with just under $4 million in total earnings from live events. This does not include the millions she managed to earn playing online.

Liv Boeree from the UK is to this date the highest-earning female poker player in the country and sitting in 19th spot in total in live poker earnings, with just over $3.8 million.

Her closest competitor for the top spot as the best female poker player is Vicky Coren, found in 44th place with $2.5 million earned.

Liv, however, is still very much active on the live poker scene so we expect the earnings to keep climbing as she is still a formidable force at the poker tables.

Her best success came back in 2010 when she pulled off a victory in the EPT San Remo Main Event, earning her a paycheck of just under $1.7 million.

It is also worth mentioning that Boeree is the only female poker player to have both a WSOP and EPT bracelet to her name.

Next up we have the girl who goes under the nicknames “Lady Maverick” and “Pokerness”. Vanessa Rousso was a highly respected poker player by her peers during her active years, where she managed to earn herself just over $3.5 million from live poker events.

It has been a while since we last saw her take the felt in a live event, with her last cash dating back to early 2017.

Still, with her total earnings, and number of endorsements, she earned herself enough so she could retire early in life, like a few of her fellow poker players.

Joanne Liu, originally from Taiwan, arrived in the US back in 1985, to attend school. Having spent little over ten years in the country, Liu started picking up poker on the side, as a hobby.

Her passion for the game grew quickly, as did her skills. It didn’t take long for her to become a force to be reckoned with at the tables.

In total, Joanne has thus far earned a little over $3.3 million. If you are still active on the live poker circuit, don’t be surprised if you were to run into Joanne as she is still very much active playing events all across the US.

Next out we have Maria Constanza Lampropulos, currently ranked third on the Argentinian Money List with close to $3.4 million in earnings from live events.

Maria is what we would consider a “newbie” to the poker scene, compared to many of the others on this female poker player list. She entered the poker scene in 2014 and did so with a bang.

She claimed her first live win in early 2015, just to win her second event but a week after. Her biggest achievements came in 2017 when she won the PartyPoker Millions in Nottingham, earning her $1.2 million.

Little under a year later she managed to pull off her next big win, taking home the first prize in the 2018 PCA Main Event, for just over $1 million.

Maria is very much still active on the scene and as recently as January 2020 she took home 8th place in the PartyPoker Millions, earning her $100,000. We expect to see her climb the ladder amongst the best female poker players in the world.

At only 38 years of age, Maria Ho is already considered by many a veteran within the poker community. She is a well-known face and a player that many fear when they face her at the felt, as they should.

Maria has over 16 years in the business, both as a professional poker player but also as a host, presenter, and anchor to TV shows and live reporting media, such as PokerNews.com

She has yet to manage to win that really big one, meaning scoring a paycheck over a million dollars in a single event.

This hasn’t stopped her from earning close to $3 million in live events throughout her career with her biggest cash dating back to 2011 when she finished second in a $5,000 No Limit Hold’em event, earning her $540,000.

Ho was also the last woman standing in the 2007 edition of World Series of Poker Main Event, finishing 38th and cashing just shy of $240,000. In total, Maria has earned herself just over $4 million playing live. This does not include all the online action she has seen over the years.

Her current record stands at 63 WSOP cashes, 13 WPT cashes including four final tables and one victory.

Last but not least on our list we have Loni Harwood. She dipped her toes into the live poker arena back in 2008 but started taking it more seriously four years later in 2012. Ever since she has racked up close to $3.2 million in live earnings and is still going strong.

These were our 10 picks of the best female poker players as of 2021. As mentioned, there are several prominent female players out there that were not included in the list who all could have deserved a spot.

We are sure, as time passes, the list will be updated, and other well-respected and fearless females will take to the field and show the opponents who’s the boss.

Let’s celebrate poker together. By inviting your friends and getting them in on the action, we are offering you a 30% return on the fees they pay, playing cash or tournaments.

Remember, this is a lifetime offer meaning as long as they stay active, you will be earning as well.

Have a question? Feel free to ask us anything in the comment section below or join our growing CoinPoker community on Telegram.