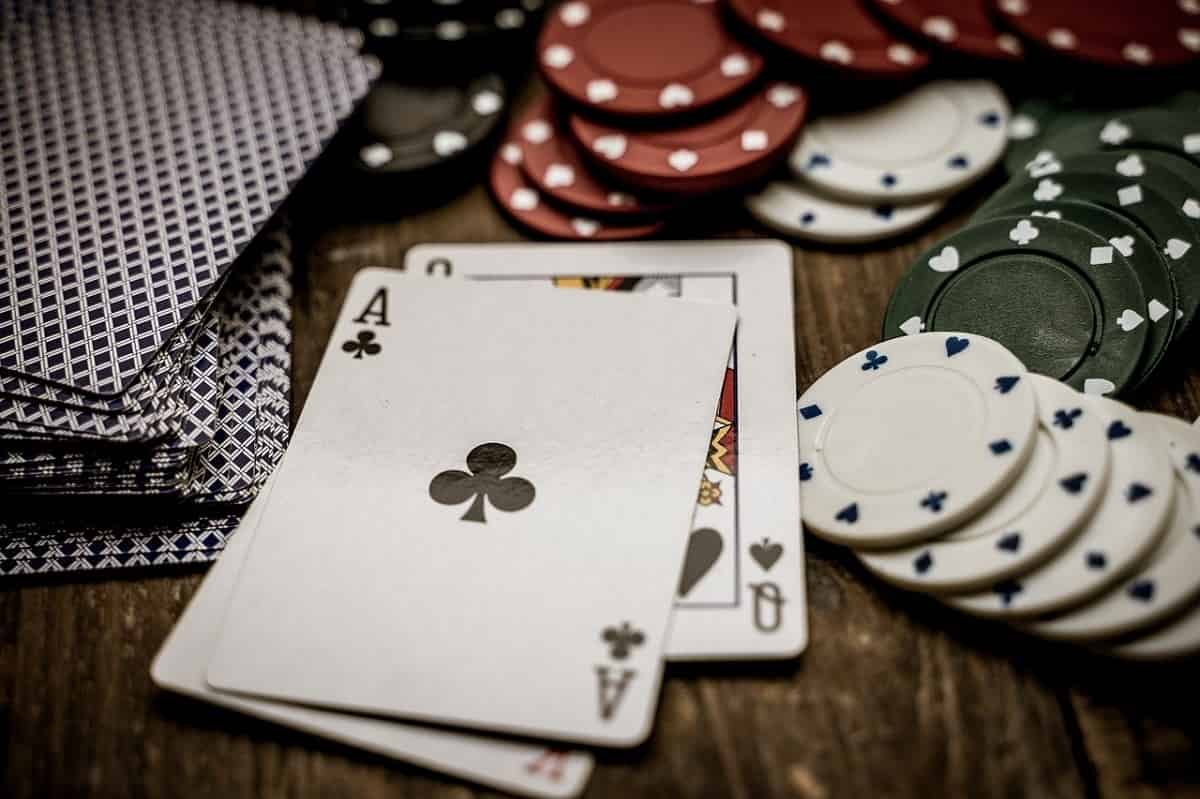 Over the last few centuries, poker has evolved from a game played by outlaws, to a celebrated ‘sport’ played by professionals in reputable competitions.

Famous phrases and poker quotes birthed at the gaming table became usual in everyday conversation, even outside the poker scene.

Our top 10 picks of the most famous poker quotes

Of course, we can’t possibly list all the famous phrases and quotes credited to poker players, but we present you with our top 10 picks of the bunch.

Also, we give you a brief insight into the people that made these poker quotes and their applications in gambling and other human endeavors.

Making good and consistent money generally comes with a good feeling. According to Paul Newman, you can double that feeling when you make money from your astuteness at the gaming table.

He played the character of Fast Eddie in the 1986 classic movie “The Color of Money”.

Since then, the gambling community and poker enthusiasts have adopted this saying as an inspirational quote about winning.

Making a bank playing takes a great deal of luck and the right strategy. But the size of effort is incomparable to regular jobs where you probably have to break your back to earn a good income.

To find more quotes from poker movies check out our list of the best ones.

A list of famous poker quotes is never complete without a mention of this excerpt from Kenny Rogers’ performance in The Gamblers.

The 1978 classic tells an interesting story with great tips for poker players, but the wisdom in the three minutes and a half song applies to many areas of human lives.

Kenny produced an evergreen that hints at the importance of knowing when to play your hand or fold. Literally, this well-known poker quote means you have to know when to stay in the game and play with the cards you are dealt, trusting your skills. Or instead, fold and withdraw from the round.

Lessons from Kenny Rogers’ rendition extend to negotiations and life; it is essential to decide the right time to play the hand that you are dealt or take a breather while waiting for a better hand. Assessing every situation is the difference between winning and losing in life.

3. “Poker is a lot like sex. Everyone thinks they are the best, but most don’t have a clue what they are doing.” – Dutch Boyd

It takes a creative mind like Dutch Boyd to make such an interesting comparison between poker and sex.

The three times WSOP bracelet winner is also known for several other funny and inspirational quotes about winning.

Almost every poker player blows the trumpet of their few wins for anyone interested in listening, but easily forgets and rarely talks about their many losses.

As hinted by Dutch Boyd, most people overestimate their skills at the poker table, just as their bedroom performance.

Essentially, the message Dutch Boyd is to be confident of your abilities but never delusional about them. Skill is an important factor.

Nonetheless, a lot still goes down to factors like the skills of other players and probability. Working out the probability in a poker game is to figure out the chance of winning with your hand.

4. “Trust everyone, but always cut the cards.” – Finley Peter Dunne

The last place anyone would want to be deceived or cheated is playing poker. It is never a good look. Here is a good quote that extends way beyond the card games.

It is a rather straightforward but wise policy to give everyone the benefit of the doubt but take necessary precautions.

The famous admonition was coined by Mr. Dooley, a character in his book Mr. Dooley’s Philosophy (1900). The famous quote has been used, linked, and paraphrased by several public figures down the years, including gambling icon Benny Binion and President Ronald Reagan.

Successful people, both at gambling or in life, are mostly those that find a good balance between trusting people and a bit of cynicism. Only bet on people with what you can afford to lose.

5. “If you are playing a poker game and you look around the table and can’t tell who the sucker is, it is you.” – Paul Newman

Newman is making another appearance on our list, this time with a reality check in another of his many funny poker quotes.

An important part of winning is to correctly predict, read the minds of your opponents and identify the sucker. If you can’t, you’re screwed, and the best move at that point is to exit.

Many believe it is an old poker proverb, while others think it was first coined by Amarillo Slim Preston, who included it, but credited it to Warren Buffet in the revised version of his book “Play Poker to Win” in 2005.

Regardless of who said it first, it is one of the famous poker quotes that comes very handy in poker games and life. Spot the sucker or the weak link in any competitive arena, and your job is half done.

No need to re-read that. You read that correctly the first time. Many poker players think, live and breathe the game. With that quote, though it seems twisted, Tom McEvoy is speaking the mind of an average poker player.

Being the 1983 poker world champion and winner of four bracelets,  you can bet on him to know more than an average poker enthusiast.

Poker encompasses essential parts of human lives – hope, dream, risk, emotions and being a step or two ahead of others. Without a doubt, anyone that can master these poker skills already has an advantage in the competitive world.

Little wonder many consider the card game a ‘sport’ and put it in the same bracket as soccer, which the followers also believe is larger than life.

7. “I’d bust my own grandmother if she played poker with me.” – Jack Straus

One characteristic common to all professional poker players is leaving their emotions at home. That right there is also a common characteristic of successful people.

They are ready to go down the lane that others will never attempt. Looking from the outside, pokers players’ obsession will come across as strange.

So to win at the gaming table and in life, you must have extreme self-control and sometimes be a brutal realist.

Some poker face quotes are often adopted to keep your emotion and ego in check. This one by Jack Straus is a perfect example of such.

8. “At gambling, the deadly sin is to mistake bad play for bad luck.” – Ian Fleming

This poker quote is a famous line from the book-cum-movie Casino Royale. James Bond understands luck is an unbiased servant, never a master. Whether at poker or in life, it serves everyone his fair share of good fortune.

What a player makes of the good hand or bad hand is down to his skills and abilities. Anyone having more than his fair share of losses only needs to take a breather to access his skills and situations.

Luck doesn’t go out of its way to stack the odds against any player. Like Bond depicts it, it is a pretty woman that needs to be wooed subtly and never chased aggressively.

9. “Nobody is always a winner, and anybody who says he is is either a liar or doesn’t play poker.” – Amarillo Slim

The basic idea behind poker is to wager money on your perceived good hand and fold when you have bad hands. Though, it’s never that simple.

Like in life, every poker player will have good days and bad days, regardless of their expertise.

Exactly where the wits and wisdom of 1972 World Series of Poker (WSOP) and 1992 Poker Hall of Fame inductee comes in. You will not always win in poker, but the lessons of those losses can improve your success rate.

Though not a regular inspirational quote about winning, it serves as a self-improvement strategy to use in life. Hard luck and losses are inevitable, but make them count while waiting for a better round and opportunities.

10. “Show me your eyes, and you may as well show me your cards.” – Doyle Brunson

Rookies eagerly make their moves from the beginning. A pro poker player’s first move is to analyze his opponents. Some fold early or let their opponents win a few rounds to analyze their patterns, moves, behaviors, and eyes. All these with a well-mastered poker face.

Not many understand the pro players’ moves than Doyle F. Brunson. A retired professional with over half a decade of experience playing poker yielded ten WSOP bracelets, two-time world champion.

Doyle is also a Poker Hall of Fame inductee and holds the record of being the first player to win a $1 million prize from a poker tournament.

To be a step ahead of your competitors, analyze them as they make their move before making yours.

Pearls of wisdom from bright minds have led to many interesting quotes about poker with some famous phrases finding their ways into our everyday vocabulary.

They include “Close to the best”, “Show me your hand”, “Sweeten the pot”, “Poker face” and many more. In the same way, there are tons of other poker quotes for inspiration beyond the card game.

Feel free to go through as many as you can and apply them at the CoinPoker tables. Join other poker legends today!