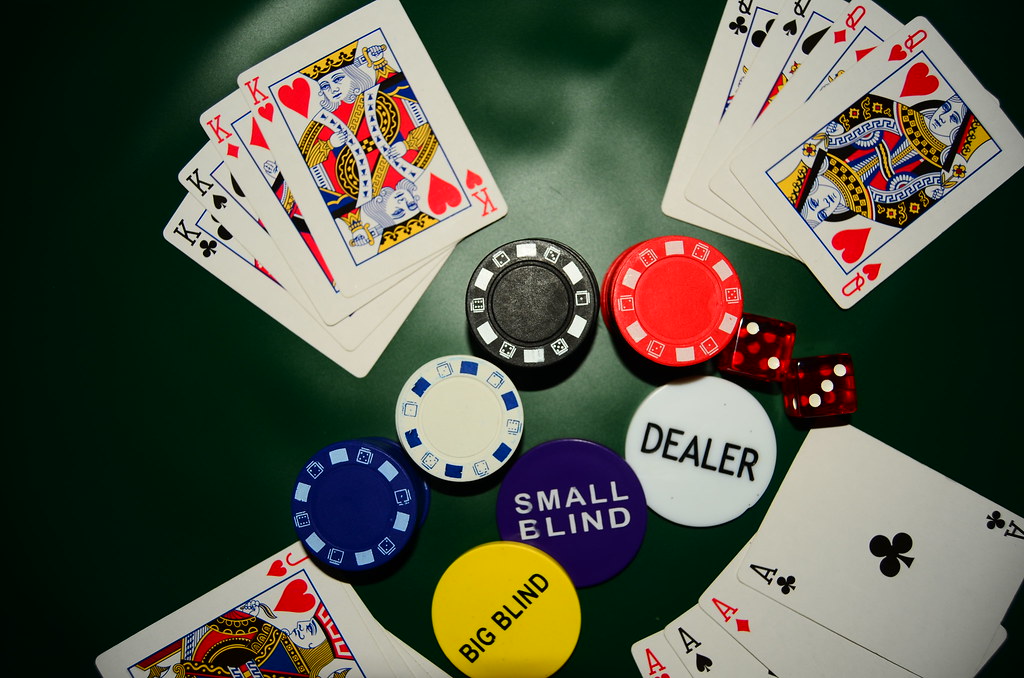 If you want to be a pro in poker, you’ll need to know the lingo that goes along with it. And knowing what blinds in poker are and how to use them to your advantage might give you the edge you need.

To help you play with confidence, at CoinPoker, we’re breaking down the meaning behind blinds, and talking about antes, straddles, and the button. So without further ado, let’s jump into it.

What Are Blinds in Poker?

Many of the most popular poker variants use a system that involves a small blind, a big blind, and a button. The blinds are mandatory bets that are placed into the pot before any cards have even been dealt.

On each hand, the players who are paying are the ones that are occupying the small blind and big blind seats at the table. One of the most crucial roles blinds play in poker is to drive the action forward. They prevent players from just folding until they get an incredible hand and, instead, they force action.

You should also know that the blinds rotate around the table, and they shift one player clockwise after every hand. The button rotates in the same way, and it’s always one position to the right of the small blind. But more on that later.

The Small Blind and the Big Blind

If you want to play Omaha or Texas Hold’Em, for example, you need to know what small and big blinds do as they’re essentially the backbones of every game.

In all variants that use blinds, every hand starts with placing the big blind in one position to the direct left of the small blind. Players that are in these positions have to put their predetermined betting amounts before every hand as we mentioned earlier.

In both Omaha and Texas Hold’Em games, the preflop betting rounds start with the player sitting left of the big blind. That player, who’s also referred to as being under the gun, can decide to either fold, call the amount of the big blind, or raise it.

One thing to keep in mind is that calls have to match the amount of the big blinds in poker. That’s why high-stakes games have a much larger big blind amount compared to games with lower stakes.

A rule of thumb is that the small blind amount often equals half of the amount of the big blind. Of course, it can be higher or lower than that.

When one hand ends, the blinds in poker will shift one spot clockwise, and thus, a new game will begin.

The button in poker represents the position at the table that sits one spot to the right of the small blind. It’s also referred to as the dealer button, and the player occupying the position has the advantage of acting last in all post-flop betting rounds.

The player that’s in the button position holds the disk that goes around the table, which is right to the blinds. After each hand, the big blind, the small blind, as well as the button, shift one player to the left.

Like blinds in poker, antes are mandatory bets that, sometimes, all players at the table post. In some formats, the big blind player is the only one posting the ante. Antes are more common in tournaments, but you can find them in cash games, too. Also, variants like Razz and Seven Card Stud use antes because they don’t have blinds in play.

Unlike the blinds, every player at the table has to pay the ante when they’re in play. Also, antes are usually a much lower amount than blinds and tend to be 10–15% of the big blind.

Big blind ante is a relatively new concept, which is often seen in tournaments. The reason for its popularity is that it speeds up the game.

The concept of the big blind ante is pretty straightforward, and it means that whoever is sitting in the big blind has to pay the ante for every player at the table. That alone means that stealing blinds is more desirable than ever because there are lots of chips to be won.

In cash games, the blinds will remain the same throughout. If you start playing a $2/$5 No-Limit Hold’Em cash game, your blinds will be $2 and $5 for as long as you’re playing the same game.

On the other hand, tournaments that use blinds will have a system to increase the amount at regular intervals. For example, at the WSOP Main Event, the blinds at Level 1 started at 100/200. After two hours, which is how much every level lasts, the blinds were at Level 2, which was played at 100/200/200. Then, after another two hours, Level 3 was reached, which saw an increase in the blinds and antes to 200/300/300.

Typically, you’ll see straddles in cash games, and the player that puts on a straddle is making a blind bet before the cards are even dealt. The amount of the straddle has to be at least double the big blind amount. At that time, the straddle takes the place of the big blind, and all players at the table have to then call or raise based on the straddle amount.

So if the cash game is $5/$10, the under-the-gun player has to straddle for $20. Every player after them has to either call the $20 or raise it in order to stay in the hand.

To Sum Up Blinds in Poker

Now that you know the proper lingo in games that use blinds, it’s time to test your knowledge. Head on over to the CoinPoker casino to sharpen your skills in games with micro, small, mid, and high stakes.
Playing a safe and thrilling game with cryptocurrency has never been easier than it is now. So join the CoinPoker community and if you need help, don’t hesitate to reach out!