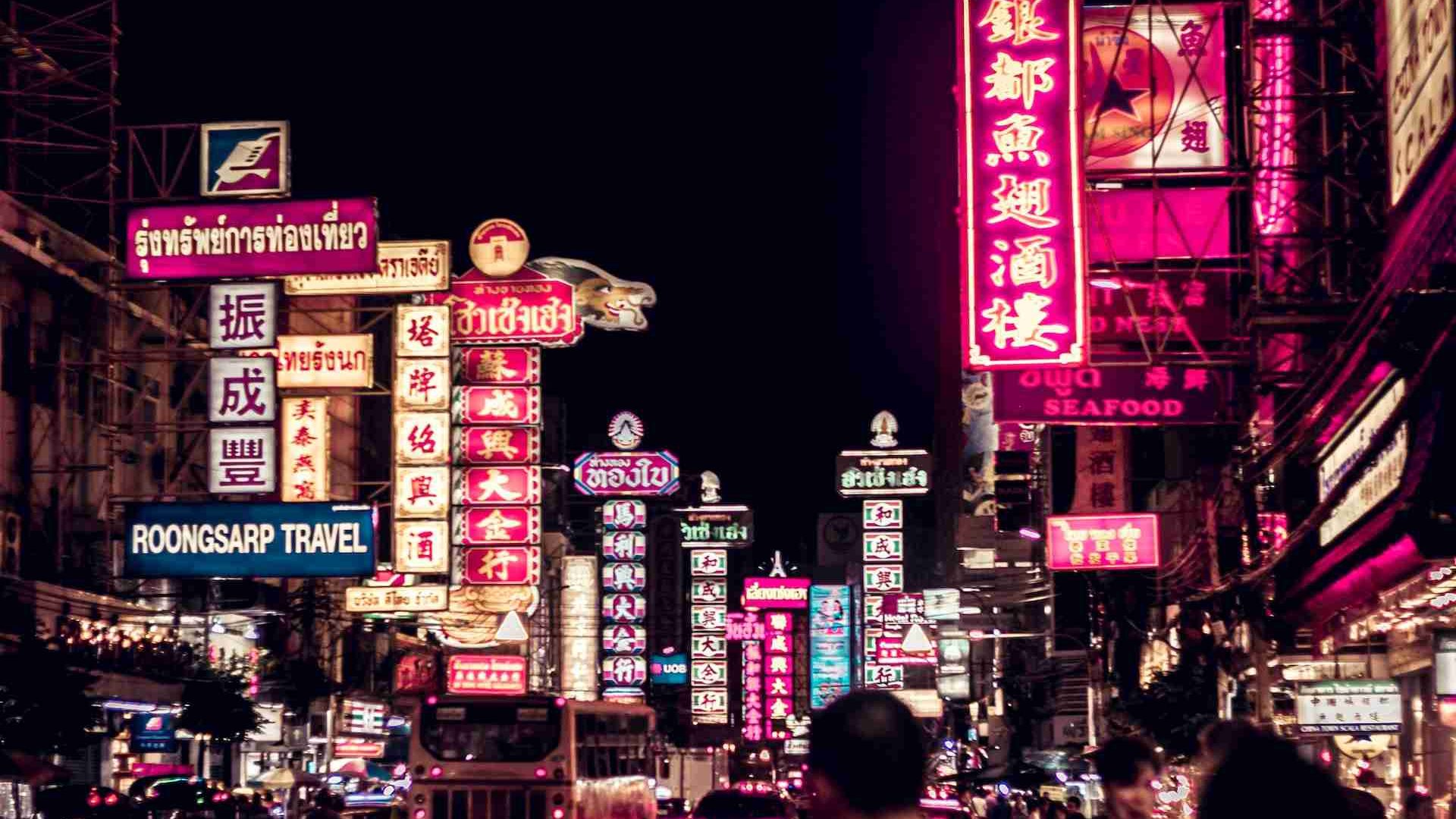 A unique poker variant, Chinese poker has been gaining much popularity recently. While the Chinese poker rules don’t resemble the classic game, which is why many newcomers struggle with them.

In terms of gameplay, you won’t find many similarities with Hold’Em, Omaha, or Stud. But as long as you’re well-versed in poker hand rankings and eager to learn, picking this game up should be a piece of cake. So let’s get into it.

The Objective of Chinese Poker

Before we can get into the specific Chinese poker rules, it’s best to get an overview of the game and the objectives. During the game, up to four players will receive 13 starting cards, which they have to divide into three poker hands. There are two hands that contain 5 cards, and one hand that contains 3 cards.

Once they’ve organized their hand, players will attempt to make the highest-ranked holdings for each hand.

With Chinese poker, there’s a pretty big element of luck, which is why it attracts so many poker beginners. It’s a fun and exciting game, which gives you complete control of how to arrange your cards.

That’s why you don’t need to have played Chinese poker for years before you can hope to win a game. All there is to make sure that you know your poker hand rankings well and that Lady Luck is on your side.

The reason Chinese poker can only be played by up to four players is that it utilizes the entire deck. Of course, two or three people can also easily play the game.

Once everyone at the table arranges their hand, they either surrender or choose to play. Then, all the remaining players, going clockwise, or left of the dealer, will reveal their holdings. That’s when the scoring begins, which we’ll get into a bit later.

But first, let’s take a look at the most important Chinese poker rules to remember.

There is a way you can win the entire hand outright by default and it’s if you make three flushers or straights in your three hands. You win regardless of the other players’ holdings, scooping 3 units for every player that hasn’t surrendered yet.

An optional, but often-played rule is surrendering, which players will decide on together before the gameplay even starts. You will pay a predetermined amount and not have to play against other opponents. The amount is usually somewhere between the amount you’d lose if you lost two to three hands. Luckily, you at least won’t have to pay the royalties (if there were any for that round).

If you place your cards in the wrong order, you have to pay each player at the table the amount as if you lost all three hands to all the remaining players. For example, if you mix up the back and middle holdings or don’t have your 5-card hands of higher value than your 3-card hand, you have to pay up.

Keep in mind that if you miss-set your hand, but someone has already surrendered, you don’t have to pay them. Also, all players should decide if the player who miss-set should be required to play their hands as usual. They can also decide if the hand will be forfeited and if the penalty for the miss-set hand is enough.

Unlike the ante or blind structures for stakes in other poker games, Chinese poker uses something called units. These units are predetermined monetary amounts that all players have to agree on before the game starts.

So those playing in their homes, and not at live and online casinos, need nothing more than a pen and paper to keep score. Without the chips, players can settle up their scores after their session concludes.

To help expand on the Chinese poker rules we just mentioned, we thought it best to discuss what traditional gameplay looks like.

First comes the dealing, in which the dealer gives out 13 cards to each player, starting with the person to their immediate left.

Then we go into the setting, where every player arranges their cards into the three poker hands we mentioned earlier. There are the two 5-card hands, the middle and the back, in which you’d try to make the highest-ranking poker hands. There’s also the one 3-card poker hand, or the front, where flushes and straights don’t count against the hand.

Keep in mind that the back has to be the highest-ranked card out of the three. What’s more, the front, even if it’s a 3-of-a-kind, still has to be placed in the front. It also must ensure that the back and middle hands are of higher value compared to the 3-of-a-kind. Otherwise, penalties will occur.

Then, every player will set their three hands down on the table, lined up, face-down, one in front of the other. Their strongest hand, the back hand, should be the one that’s closest to them. It should be followed by the middle in front of it, and a 3-card hand, the front, should be lined up furthest away from you.

Once all the cards are arranged, all players will announce whether or not they’re playing the hand. If you want to surrender, this would be the part where you would say it.

Before revealing their hands, players would announce their royalties in the same order they put the cards down. When everyone’s hands are face up, then comes the scoring. In this part, all of the winnings are determined, and all the units are written down.

Now that we’ve covered the basic Chinese poker rules and gameplay, let’s talk about the hands you could be playing. Of course, before sitting down at a table, make sure that you know standard poker hand rankings by heart.

There are some special hands in Chinese poker that players can add to increase the payout on certain cards. Of course, if you want to play these special hands, make sure all players agree before arranging cards.

You should also know what the 13-card hand wins are that can defeat any “ordinary” hand. Of course, this must be declared before the showdown:

Earlier on, we talked about royalties in Chinese poker. These royalties refer to bonuses that are awarded to players if they have strong holdings. The exact number of units for every royalty is something that’s predetermined among players before the game starts.

But one thing to keep in mind is that there are two types of royalties that can be awarded in the game: Hand-Ranking and Naturals.

With Hand-Ranking royalties, the set, predetermined units are awarded based on select hand rankings, and where those hands are located, i.e. front, middle, or back.

The Naturals are a special type of royalty that’s awarded based on all 13 cards falling into one of the special hand categories that we’ve mentioned earlier. Keep in mind that naturals are awarded before anyone can surrender.

Another important thing to note is that any player who has a hand that qualifies can receive royalties. But they can also go to the player who has the better royalty in that particular hand.

If you’re a beginner and still learning the Chinese poker rules, you might want to get familiar with some strategies to help your game.

First and foremost, we have trying not to miss-set your cards. It’s a silly mistake that can cost you a lot of units, and it’s something to avoid at all costs. Before revealing your hand, make sure that it’s all in the correct order.

Don’t treat your hand as a discard pile because it still makes up a third of the total points you’re going to score. It can help you shift your losing sessions into winning ones, as long as you focus on the best set.

If you’re just starting out, it might be best to start with small stakes. If you account for the possibilities of royalties, even a small-stakes game can equal big earnings. Since Chinese poker is a game of high variance, it shouldn’t be played with stakes that are too high. And of course, never bet any money that you can’t afford to lose.

To Sum Up: Chinese Poker Rules

If you feel confident about playing Chinese Poker after reading our guide, there’s no better place to dip your toes in the water than CoinPoker!

Currently, in our lobby, you’ll be able to find OFC Pineapple, the most popular version of the game. We have versions of Pineapple Chinese Poker that start at 0.02 USDT/pt and you can stake as much as 50 USDT/pt on some of them.
So what are you waiting for? Join CoinPoker and start playing your new favorite game today!