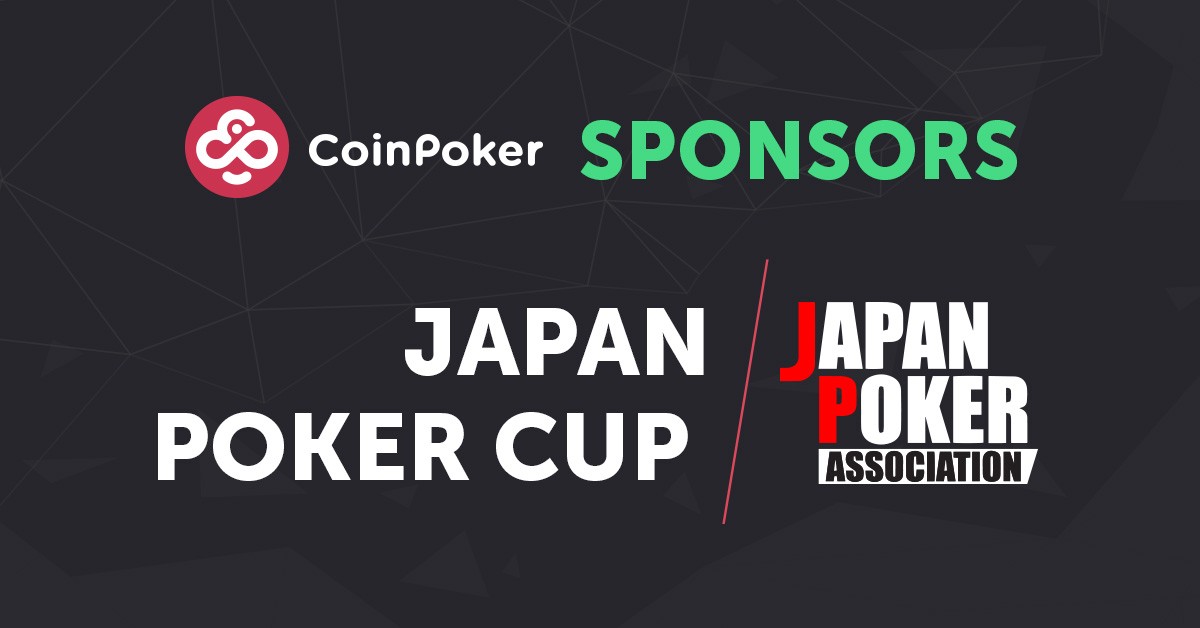 Earlier this year, Japan’s CoinPoker representative Adrian Tamas was found himself playing at a poker table with Kinichi Nakata, President of the Japan Poker Association. Mr. Nakata and Tamas proceeded to engage in a series of discussions regarding our team’s vision for the industry.

Mr. Nakata was determined that a partnership between the JPA and CoinPoker was inevitable. Naturally, we agreed.

“I believe in the CoinPoker project, and I believe in a successful partnership between CoinPoker and the Japan Poker Association.”

This partnership involves sponsoring Japan’s biggest poker tournament of the year; the Japan Poker Cup. Organized by the JPA for 7 years running, the event spans across 8 months of qualifiers and attracted over 8,000 players last year.

Our team is excited for the opportunity to work with the nation’s only government recognized poker association. We plan on delivering several exclusive tournaments and promotions that will reward JPA players while showing them what CoinPoker is all about.

This year 9,000people are expected to participate in the hopes of winning the trophy and a coveted seat at the next WSOP!

You Can Qualify for Day 1 on CoinPoker!

BetweenMay and August 2018, you can qualify for Day 1 through a series of online satellites on CoinPoker.

That doesn’t mean it’s Japanese players-only: the satellites also give foreign players the chance to get a taste of the Japanese poker scene!

Stay tuned to find out more about these satellites. We’ll be releasing details on how you can take part soon.