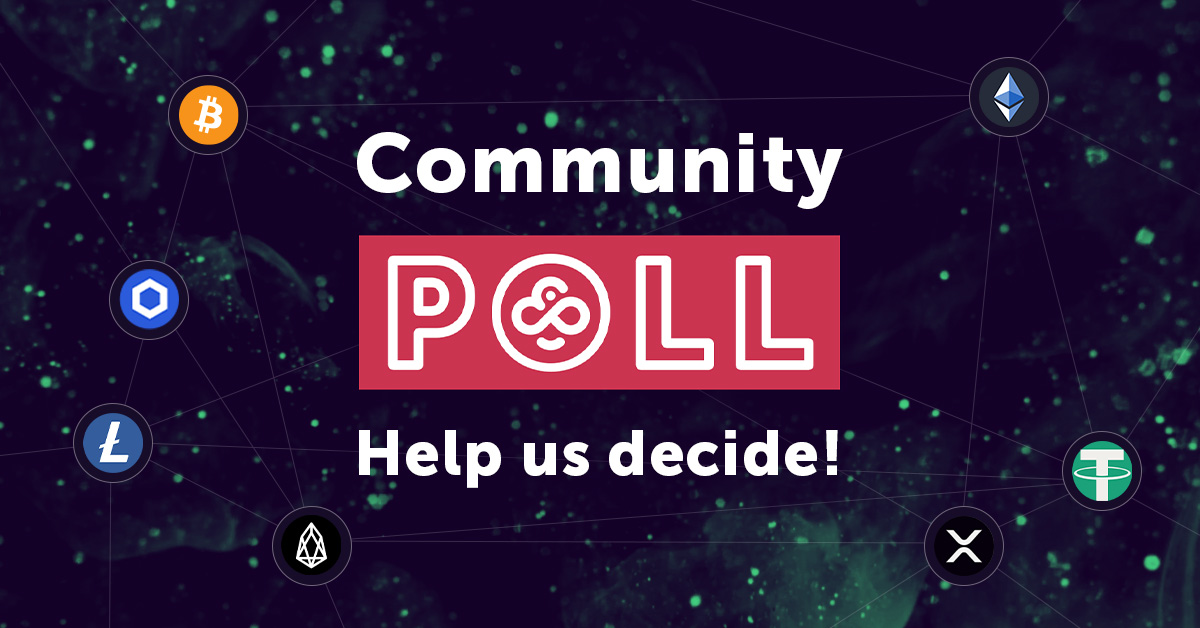 CHP has been our in-game currency since 2017 when CoinPoker first opened its doors for the players. It has been an absolute roller coaster in terms of the value of the coin. Upswings and downswings worth hundreds of percent were common, and our players learned to live with it.

We feel it’s time to talk about what it really means to have CHP as a main in-game currency, evaluate our options and give the community a say.

Since day one, our main objective is to give more power to the players.

Unfortunately, low liquidity combined with high volatility of CHP price has made it impossible to offer limitless CHP withdrawals. As a result, withdrawal limits have been introduced.

Many greeted the news with frustration, but we see that you got used to it and proceed playing.

Introducing stable gameplay currency would allow us to make withdrawals limitless again, but the main question is: is it still important to you?

CoinPoker, having an ambassador like TonyG, turned heads of multiple world class players. Victor „Isildur1” Blom and Isabelle „NoMercy” Mercier can often be found at our tables having fun. But sometimes we need something more than fun, don’t we?

And here we must admit – stakes equivalent to hundreds of thousands of dollars are simply not possible at CoinPoker due to low liquidity of CHP. As a result, CoinPoker loses a lot of marketing value that nosebleed players would bring.

On the other hand – many of you choose CoinPoker purely for fun and nosebleed games are not something you’re after.

So do you need nosebleed action? Does CoinPoker need it? If it’s a ‘yes’ then stable in-game currency would make it possible.

We receive daily complaints from the players stating that they won thousands of CHP during their session just to realise they have ended the day with smaller bankrolls in terms of fiat value.

All because the price of CHP has dropped significantly in just a few hours. It’s also a reason why a lot of new players shy away from CoinPoker, reducing our chances to increase action at the tables.

However, some losing sessions can turn into winning ones for the same reason!

The situation might not be relatable to everyone, but it’s still worth mentioning, that a stable in-game currency would eliminate this issue in a blink of an eye.

Do you prefer stability when it comes to the value of your holdings or do you like gambling?

Many of you must be thinking that the points analysed above sound legit but can’t help and wonder what would happen with our beloved CHP if the stable gameplay currency was introduced.

Let’s be clear. We are not considering saying goodbye to CHP. This poll is about changing the main in-game currency to a stable one, while at the same time rewarding CHP holders with various perks, such as the Binance model of offering rakeback exclusively for CHP holders and much more. While we do want to solve the issues described in this article, we are still eager to introduce great conditions for the value of CHP to grow.

Be a part of the decision

When we say more power to the players, we mean it.

Our community has and always will be the backbone of CoinPoker. That’s why we ask you to share your opinion:  should CoinPoker have stable in-game currency or would you prefer gambling not only at poker tables, but with the value of your holdings, too?

This poll was available from July 27th to August 9th.