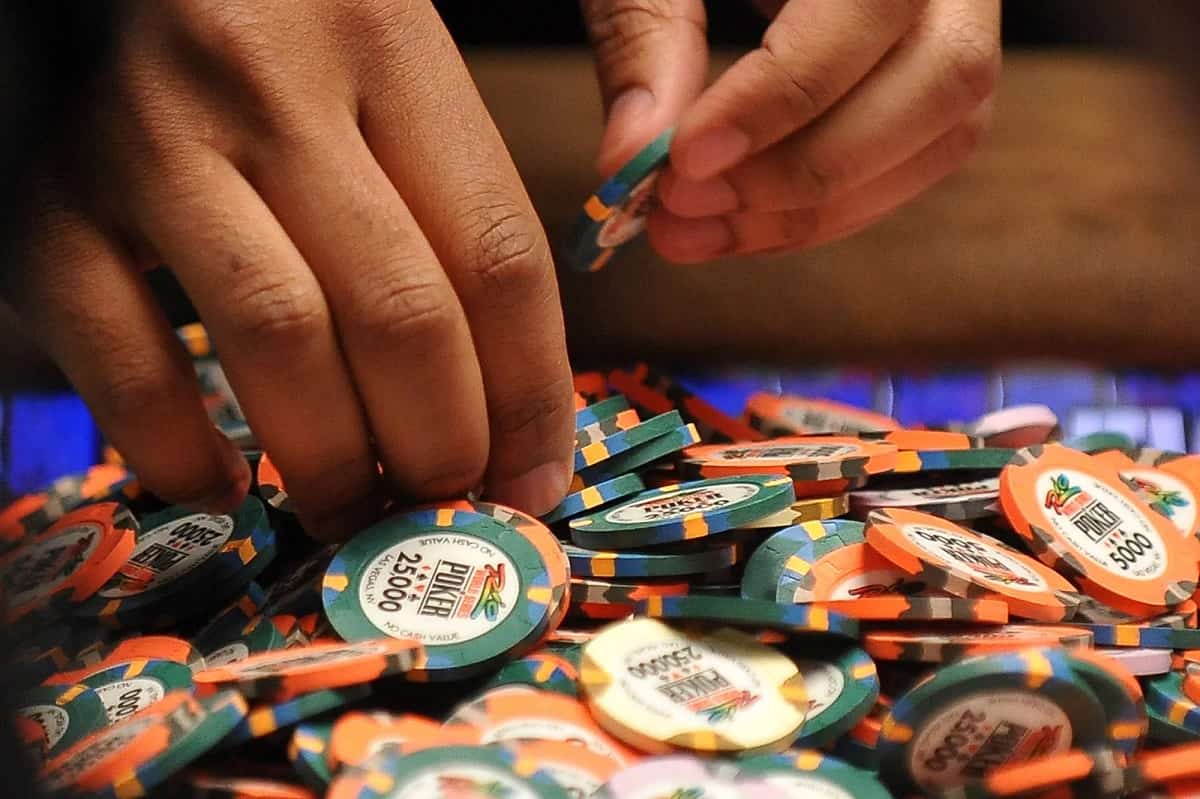 2020 was a tough year for everyone, with the Covid-19 pandemic reaping havoc across the world. A lot of people lost their jobs, others were forced to work from home.

Many brick-and-mortar businesses went under. It has been especially hard on those that rely on tourists, and travel, and the revenue that it brings.

Most businesses and events across the globe have felt the effect of Covid-19 and the World Series of Poker is no exception. Back in April last year, the organizers behind the largest poker event in the world, announced the cancellation of WSOP 2020. They took to Twitter to explain.

Despite their hopes of simply pushing the event forward a few months, they quickly realized that it would all be in vain. They were not going to be able to hold the event, which resulted in moving it online instead.

In June, WSOP.com together with GGPoker announced that the event would be held at a live venue but instead moving online. A total of 85 events were held starting on July 1st and concluding with the $500 The Closer [Last Chance] event which was held on Sept 6th.

The event received a lot of praises from players around the world, even if it wasn’t the same thing as going to Vegas and battling for the bracelets, live, at the tables.

The highlight of the series was of course the Texas Hold’em Main Event. Unlike the Live version, the online version saw a $5,000 buy-in. This is half of what the normal, live event, would cost. A total of 5,802 players attended the event, breaking all previous records.

The $25 million guaranteed prize pool was surpassed, ending at $27,559,500 making it the largest prize pool in online history.

The Bulgarian Stoyan Madanzhiev would end up winning the event and claiming his first-ever WSOP bracelet along with the first prize of $3,904,685.

Here is his reaction after having won the event. As expected, he was ecstatic and filled with joy, and who wouldn’t, having just won close to $4 million! That is truly a life-changing amount to win.

His biggest cash prize prior to winning the WSOP Main Event came in 2019 when he finished 14th at the Merit Poker Western Tournament Main Event in Cyprus. He turned his $2200 buy-in into just over $10,000.

With the success of running the World Series of Poker online and the continued escalations of Covid-19, WSOP elected to continue running their events online.

This meant the WSOP-C also moved online, running events through the later part of 2020, and are continuing to do so now in 2021.

Check out the following events in the WSOP 2021 calendar.

Will any of the WSOP live events happen?

Current restrictions on social distancing, quarantine requirements in some countries, potential requirement of vaccination passports to travel, all raise the question, what will happen with this year’s World Series of Poker?

It is still too early to tell. We can only presume that the organizers behind WSOP are carefully monitoring the Covid-19 development worldwide, and the restrictions implemented both on national and state level in the US.

Would it be feasible to even run a live poker event of this magnitude, later this year? If so, what would the requirements be?

Can they implement protections at the tables with screens between players, and screens to protect the dealers?

It’s likely, nonetheless, that the players and dealers would be forced to wear facemasks.

If the requirement of social distancing would still be in place, it would also be unlikely that they are able to run more than 8-9 tables simultaneously.

The questions are many but so far, the answers are few and far apart. The simple answer is that no one really knows yet. All they can do is wait, keep a close eye on development and see how things progress in the coming month.

It would come as a surprise if sports betting companies would start taking bets on if the event will be played live or online.

They Need to Decide Soon

As we said, all they can do right now is wait and follow the development. The problem here is they can’t wait too long. A decision needs to be made and made soon.

Given everything that’s required by the organizers in terms of logistics, they need ample time to prepare the venue.

Ensure they have enough staff, ensure that media is present, and implement any safety measures required.

COVID-19 tests might be required to attend live events, to avoid situations like the one that happened in December, when several players tested positive.

The longer the wait, the less likely it is that we will see the event take place live. They simply wouldn’t have enough time to prepare and set up everything in time.

If they are determined on running a live event, the only option remaining in that case would be to push the event until later this year. Normally the World Series of Poker kicks off at the beginning of June.

As it stands right now, with the current situation, we simply can’t see this happening. We are already in March and vaccinations have not progressed as fast as some countries would have wanted.

Seeing this as a major factor in whether the event will take place live or not, everything points to it not happening.

With this and the potential requirements needed, they would not have enough time to prepare meaning they would need to push it until the fall, around September or October.

Will They Be Doing it Online Again?

The only other option besides pushing the event to the fall would be to run it online again, just as they did in 2020. Given the success they had with last year’s version; it wouldn’t come as a too big of a surprise if they elected to go down this route again this year.

If it will be with GGPoker again or any other partner remains to be seen. One thing we do know is that they can’t hold off on the decision that much longer. Especially if they plan to keep a similar schedule as last year.

In your case, you can stay safe at home at CoinPoker’s online tables. Join poker pros like Isabelle Mercier in the OFC Poker and get a Fantasyland just like this.

Stay tuned for further updates on the subject, as more information becomes available.