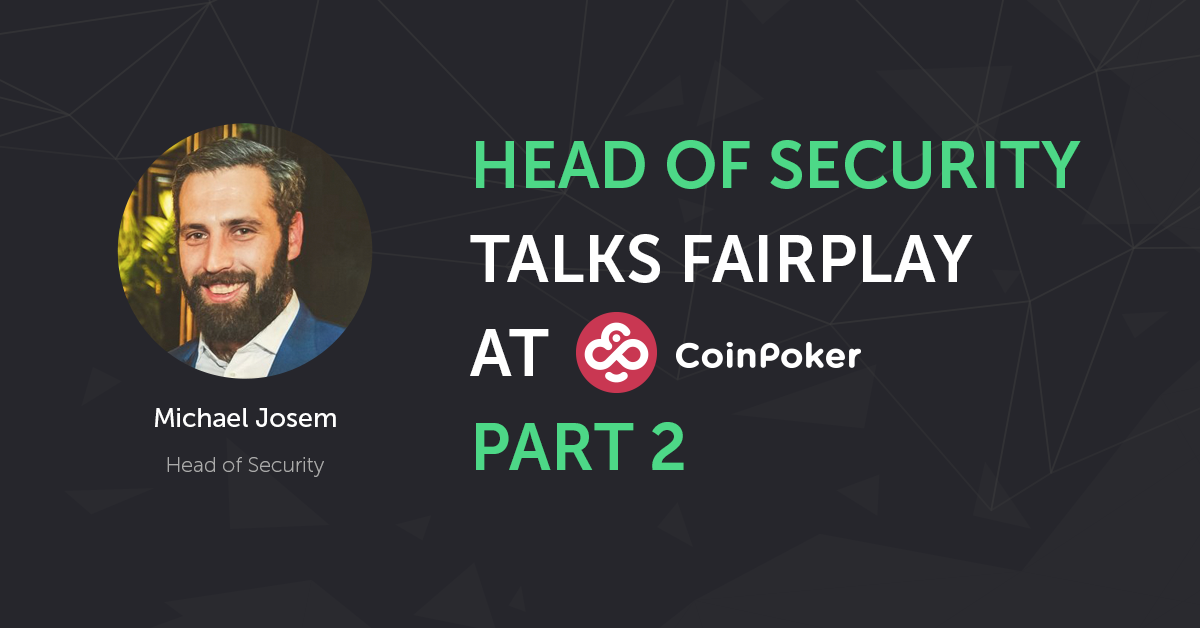 Seeking Advice from Community on Issues

In recent months, CoinPoker has launched games using CHPs — the crypto-currency that players will be able to trade and exchange on the Ethereum blockchain. To make that happen, CoinPoker software needed to be useable by players — obviously, players will need a version of the CoinPoker software which allows them to choose their games, to play the games, and to conduct other transactions as required. To do that, CoinPoker has built and developed software that allows players do to the basics.

The Current Software Is A Starting Point

While the software has earned generally favourable reviews from people who have already tried it out, CoinPoker is not resting there.

In addition to serving as a starting-point for the software, it also serves as the starting-point for broader decisions around game design — it will allow CoinPoker to deploy some default games which can be amended, tweaked and adjusted over time.

Importantly, it also allows the CoinPoker team to test security systems, especially when the stakes at hand are relatively small. There’s no doubt that some people will try to cheat and break the rules, and this is a great opportunity for CoinPoker to refine the rules, and also the enforcement systems to enforce those rules.

As CoinPoker seeks to build the games, the software and games can be improved — and CoinPoker wants your help to do this. Many different stakeholders in the online poker community have valuable and wise points-of-view, and CoinPoker wants to benefit from that collective advice. As part of that commitment to listening to the decentralised opinions of the CoinPoker community, CoinPoker is going to seek community input on a number of important game issues in coming weeks and months, before the full launch.

As CoinPoker listens to different point-of-view, it’s important to recognise that across the community, there will likely be a wide divergence of views — views held by people that disagree passionately with each other. On many issues, reasonable people can disagree, and on many issues, there will be good reasons in favour of various options. In that vein, CoinPoker will be grateful to benefit from listening to people who passionately disagree with each other, and will be fortunate to listen to these competing views.

As the founders and operators of this new journey in online poker, CoinPoker will need to listen to the arguments for-and-against each decision, and to come up with a preferred outcome. Those decisions won’t always please everyone, but they will need to be made by CoinPoker — which will be able to be held accountable for the decisions. This is because running an online poker site is not easy, and there is not always a “right” option, merely a “best” option.

CoinPoker will be raising a number of issues for community consultation in coming weeks — so please share your feedback with us, using whatever method works best for you!