. Both the small and big blind choose to fold, and 360crypto calls. 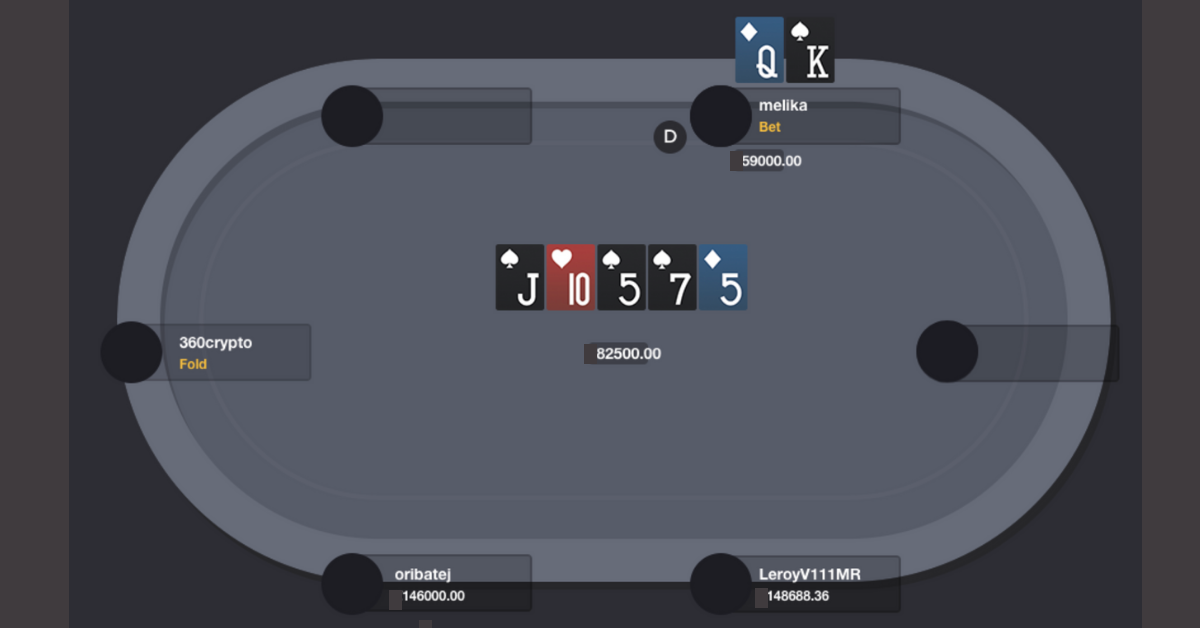 My decision to 3bet always depends on my opponent’s gameplay and position. Usually, I like to just call when someone opens from under the gun as they have a really tight range. I chose to 3bet with that hand because 360crypto opens many hands.

and my opponent checks.

I decide to bet 8,000 as I like to always bet around 1/3rd of the pot. I have an open-ended straight draw and it’s a great flop for me as I have the

hits the table, completing the flush.

Because I have the blocker in my hand and I have improved my hand to a flush draw up and down I decide to bet again. This time I bet 22,000 into 38,500 and he calls. I put him on

with the ace of spades,

for calling on that turn.

The river card is a

With that river, I have no choice but to make a bluff. The

I wouldn’t have bluffed if I didn’t have the

as a blocker in my hand.

as a blocker in my hand.

The bluff worked, he folds and I take the pot down.

and just over 70 big blinds. From the small blind, Govo007 raised to 9,000. Big blind folds, and now it’s on me again and since he 3bets often, I have position on him, and also he made the 3bet small out of position, I decided to call. 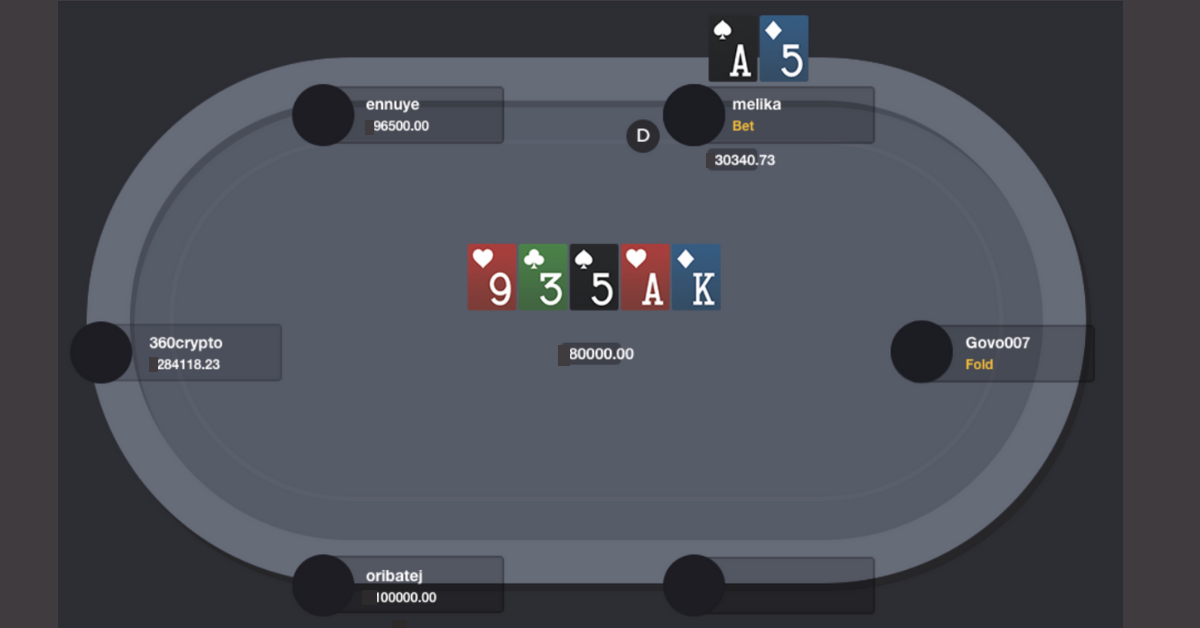 , or any pocket pair of tens and higher as those are the ranges he is likely to be 3-betting with from the small blind.

The turn is an

and Govo007 decides to check here. My hand just improved to 2 pairs and I am certain that I have the best hand, so I decide to bet 21,000 into 38000; just a bit less than 2/3rd of the pot and leaving almost half pot left behind to shove on the river.

If he would have had

there was a flush draw on board too. He called the 21,000 and we go to the river which is a

With that river, I still don’t think he could have