Almagenio limps from the small blind with 25. I decided to just call with

off-suit as my hand was not too strong. 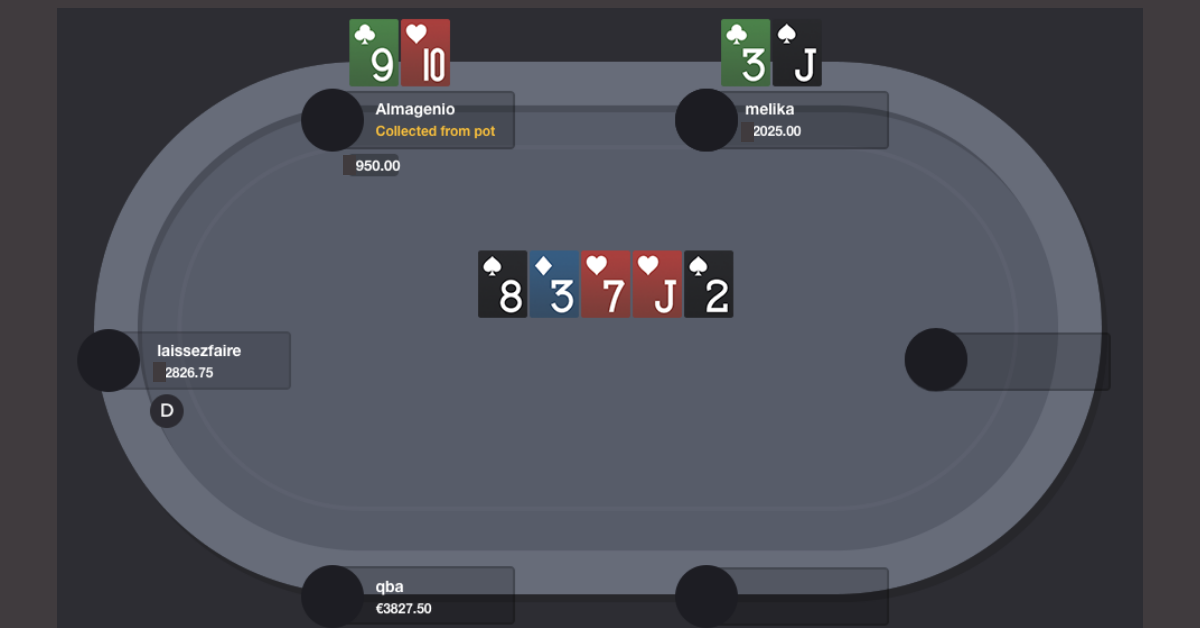 This is a dry board with some straight draws. Almagenio checks and I decided to check back with bottom pair as it’s not a hand I would bluff with and has some showdown value.

The turn was a

, giving me a second pair.

I decided to bet 2/3 of the pot, denying my opponent pot odds for his draws. Also, he never folds weaker pairs to this bet. Almagenio then puts in a minimum raise, which could be a semi-bluff with a few draws.

I decided to call, allowing him to make some big bluffs on the river with missed draws.

The river was a

Almagenio then bets 350 into a pot of 300. This is an overbet that I can’t fold with my 2 pairs, so I call.  My opponent shows a straight with

. Sometimes we just have to pay the better hand, but it’s always good to avoid losing too much in the process.

I started this hand by raising jeef666 pre-flop to 30. I use bigger sizing because

plays very well heads-up post-flop against most of our opponents’ range, plus I’m out of position. 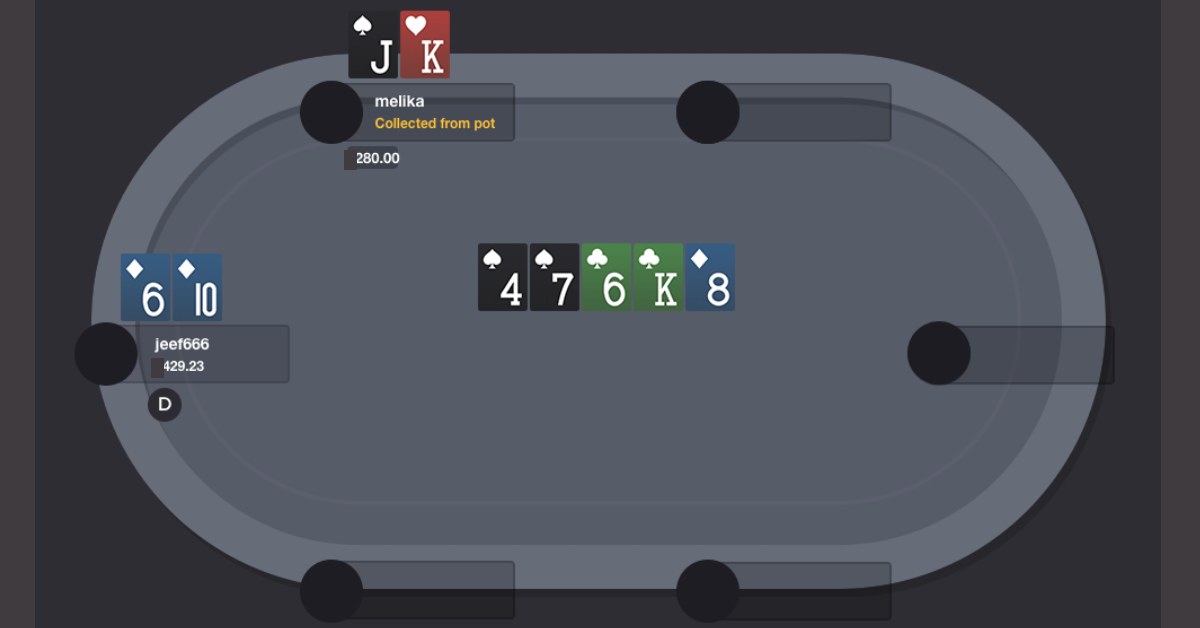 , a wet board with flush draws and some straight draws.

I decided to check with the intention to call with 2 overs and a backdoor flush draw. jeef666 checks back and we go to the turn.

The turn gave us a

I decided to bet 2/3 of the pot. I used this sizing as it doesn’t give our opponent pot odds to call for his draws. jeef666 raises 40, which he could be doing with many draws so I couldn’t fold just yet.

I called and the river was an

The river card completes some straights in my opponent’s range, and betting here would lead to more trouble than good. So I decided to check back instead. jeef666 puts in a very small bet of 30, which I had to call given the pot odds and the missed flush draws.

and I took down the pot with a pair of Kings.