“High stakes regular, magician, pageant queen, and CoinPoker ambassador Melika Razavi loves hitting the cash game tables. To give our community some insight into her pot-winning strategies, Melika will walk you through two great hands step-by-step.

Satori minimum raised to 50 from the button, and I expected that he would only do this with a very wide range. I called with

as my odds were too good to fold. 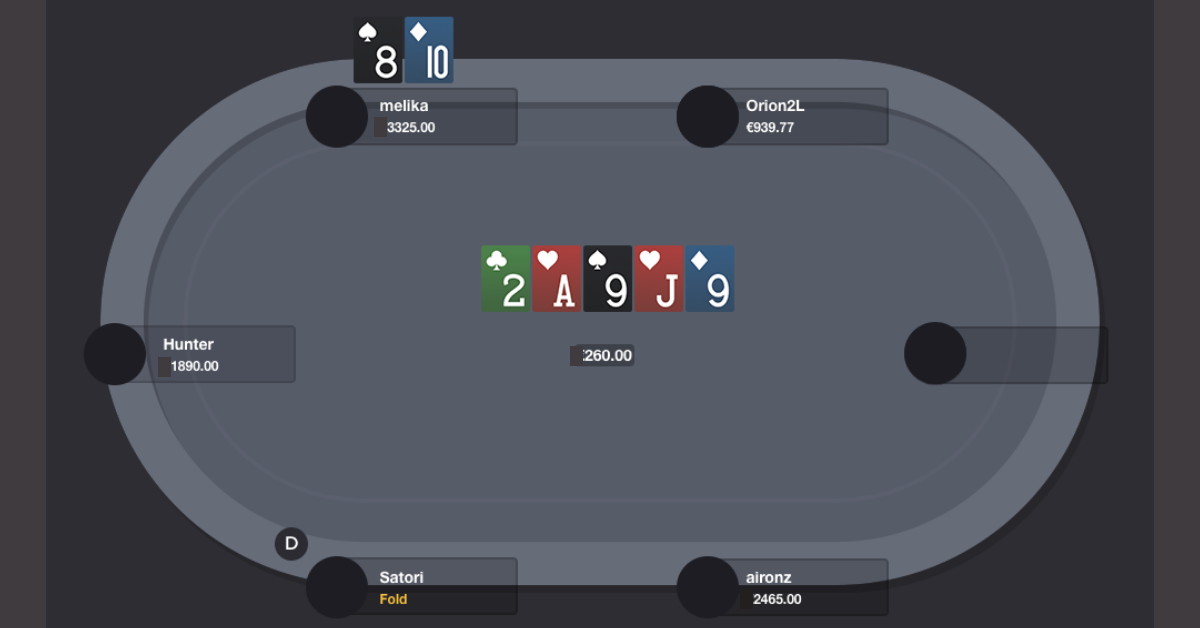 , giving me an Ace with no flush or straight draws.

Satori usually bets on his Aces or middle pairs, but could also check back given the board texture. I decided to check and gave the action over to him. Satori checked so now I figured he missed the flop.

I still proceeded with caution on the turn, which is a

I like this sizing as it builds up the pot if I hit my draws while also allowing me to bluff bigger on the river.”

This card is interesting as it gave me an up and down straight draw. This allowed me to bluff, drawing for the nuts. So, I decided to bet 2/3 of the pot. I like this sizing as it builds up the pot if I hit my draws while also allowing me to bluff bigger on the river, ultimately making it harder for Satori to call with weaker pairs.

Satori called, now I put him on a flush draw or a hand like

and was calling with a gutshot. I figured that it was safe to assume that he didn’t have an

as he almost always raises here, protecting himself from me hitting my flush or straight draws.

The river is a

and I missed my draws.

The only chance I had of winning the pot was to bluff. I decided to put in a pot size bet which makes it very hard for Satori to call with small pockets or even a pair of Jacks, as I could have played this line with an

. Also, given that the flush and straight draws that were missed, I think I would have been most likely to take down the pot here.

Satori ultimately folded and I collected the pot.

grim69 makes a minimum raise to 50 from under the gun. I had

so decided to 3-bet, my hand was once again just too strong to call with. Since I was in position I didn’t have to 3bet too big as our opponent had to act first, giving me more information on him. Going to the flop I had 3 callers: Orion2L, Lonnylegand and grim69. 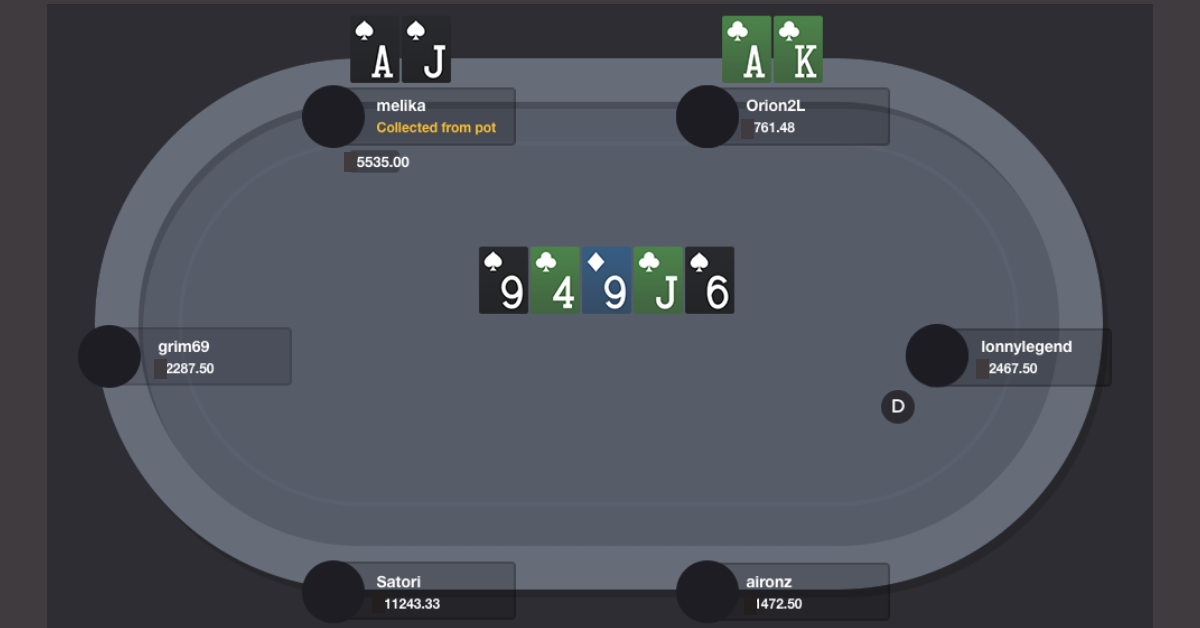 , a very dry board that missed most of our opponents’ range as I didn’t see many 9s or 4s calling a 3-bet pot.

I decided to make a 1/3 bet as I was the aggressor and I can represent big pockets.”

Even though I was in a 4-handed game with such a flop, I decided to make a 1/3 bet as I was the aggressor and I can represent big pockets. I bet 300 into a pot of 900, and this only has to work 25% of the time to be profitable.

Here is how I worked this out:

With this bet I got two of my opponents to fold, leaving only Orion2L and myself to battle it out. I thought Orion2L could be calling this with small pockets or 2 big overcards to the board.

The turn was a

I decided to bet 2/3 of the pot as this denied my opponent pot odds to call for his draws. Orion2L called, and I expected he was doing this with flush draws, straight draws or even aweaker

The river was a

, a great card for me as it didn’t complete any straights or flushes.

The pot was 3,535, so I decided to go all-in for only 1000. It was 1/3 of the pot and I often get called by my opponent with weaker pairs or weaker Jacks. In this case, Orion2L called with

and I took down the pot.