. He calls, and the flop gives 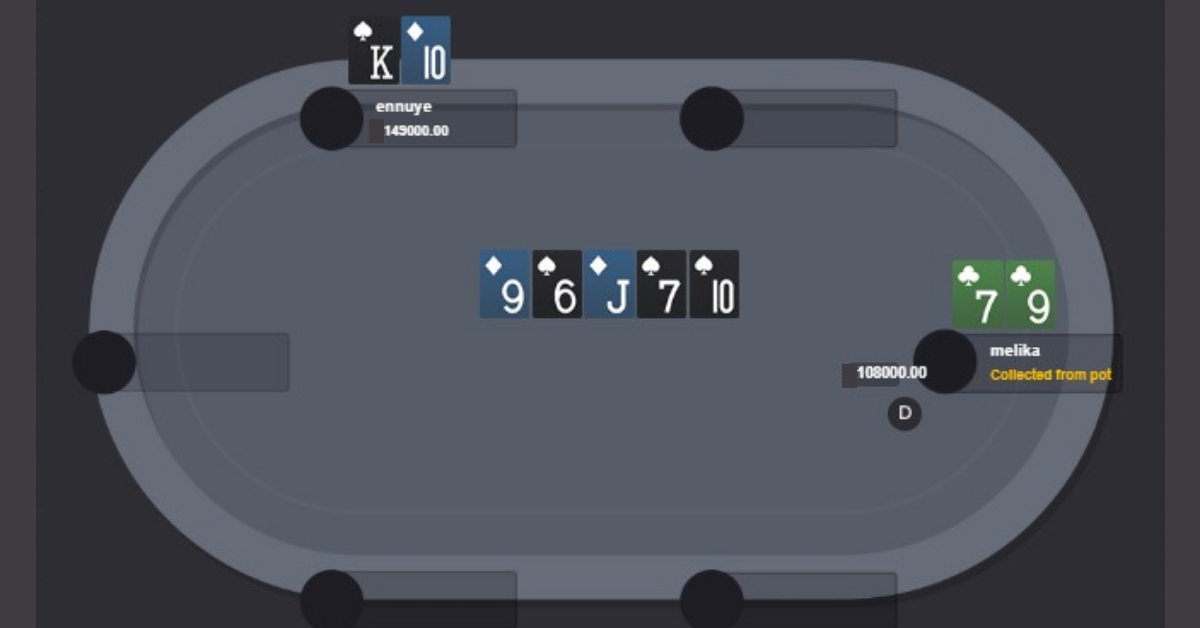 For second pairs I like to cbet, especially with a high card or a kicker like a 7. I like to bet 1/3 of the pot since I will be very wide in terms of both value and bluffs. I cbet 4000 and Ennuyecheck-raises to 16,000 so I call.

Because of my small cbet size, my opponent will be forced to check-raise with a lot of bluffs. Also, he is forced to raise light for value. If I don’t check-raise enough times against a 1/3 cbet size, then I will get exploited.

This means I will get away with too many bluffs on the flop and your stack will get smaller as my smile gets bigger.

as he would have placed a 3-bet preflop. For these reasons, I see this as an easy call.

The turn gives a

Because he bet most after turn, it’s very likely that I have the best hand here.”

. Because he bet most after turn, it’s very likely that I have the best hand here. However, with a double flush draw and straight draw board, there are a lot of draws in most of our opponents’ range.
Since I have 178000 left, it’s a bit too much for me to go all-in with. This is one possible way to play the hand if I have less left in my stack to protect my hand against the draws. Now, with a lot of chips left I’d rather bluff catch against his missed draws on the river.

which is a really bad card for me and if Ennuye would bet half the pot or a 2/3-sized bet I most likely end up folding my hand.

Luckily for me, he decided to check and now there’s no reason for me to bet.”

Luckily for me, he decided to check and now there’s no reason for me to bet. There aren’t many hands in his range that I think he would call a value bet if I made it. For example, with

he’s not gonna call if bet on the river.

After he checks the river I have enough showdown value to check behind. I don’t have to turn my hand into a bluff and bet to represent a flush or an 8 for straight.

Ennuye could also be going for a check-raise with a flush or trapping by check-calling the straight. He could even bluff check-raising me out of the hand with a worse hand if I bet the river.

The river is obviously a really bad card for me and if Ennuye would’ve bet I most likely end up folding my hand depending on how much. He can represent both a straight and a flush, and it would be really hard for me to call even though the flush draw from the flop has missed.

If he bet on the river I only beat a bluff so it would’ve been the same as calling with a Jack. In the end, I won the pot with 2 pairs.

I’m on another No-Limit table in a heads up game with oribatej, and decide to open 600 from the button with 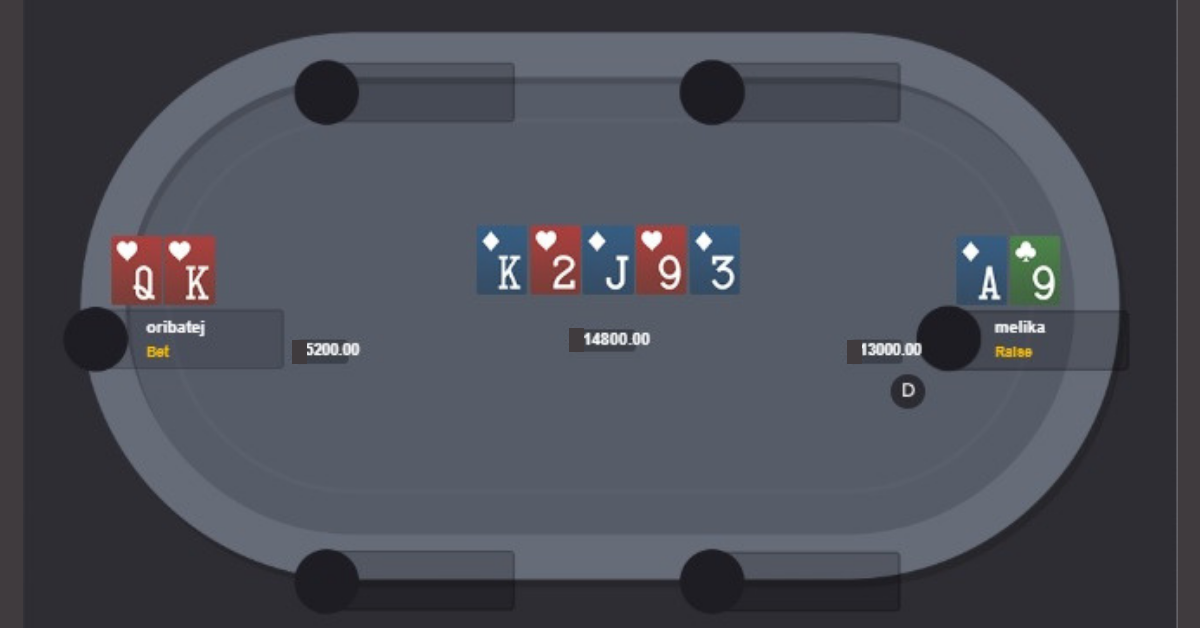 Here I decide to call since it’s a heads-up game and my hand it’s not too bad to defend. My opponent 3bets quiet often so it makes it easier to call as he is 3betting with much wider range.

, and oribatej bets 1800 and I call again, because I have the

in my hand so if I hit a diamond I can turn my Ace high into a bluff.

I don’t think he would bet that small with a set or 2 pairs as there is a double flush draw on the board.”

The turn gives us a

, and here I pick up some more outs. The bet is 3200 which is 1/4 of the pot, and it’s too cheap for me to fold. I don’t think he would bet that small with a set or 2 pairs as there is a double flush draw on the board.

(suited). There are also a lot of flush and straight draws that I could beat so I called.

It’s not fun for oribatej to call this river shove without a flush, and he will have a hard time calling with 2 pairs or a set here.”

It’s not fun for oribatej to call this river shove without a flush, and he will have a hard time calling with 2 pairs or a set here. I would play

the same way, and that is 9 combos in total.

I both block him from having these combos and I will end up on the river with these nut flush hands. In the end, my bluff worked and he folded his hand and I won the pot.