I minimum raise 200 from the cutoff with

and Leroy 3bets from the button to 750, a position where we can expect a large number of 3bet bluffs. 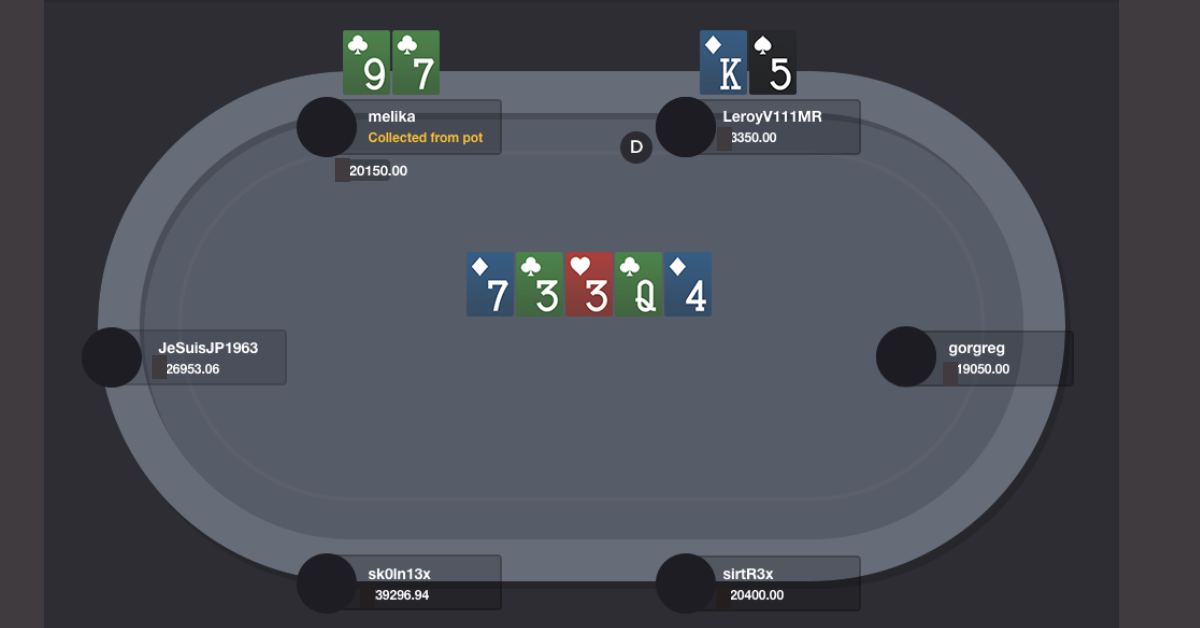 I would guess that, on average, a random button 3bets a random cutoff player between 5-25% of the time, and up to half of those times it will be a bluff.”

I would guess that, on average, a random button 3bets a random cutoff player between 5-25% of the time, and up to half of those times it will be a bluff. Out of position, this suited one-gapper hand is no good to call in my opinion.

(suited) that would be able to defend itself better out of position against a 3bet range.  However,

is still a hand with lots of equity against premium hands, so it’ also too good of a hand to fold. That’s why I decided to add 79s to my 4bet bluff range.

I assume my opponent would 5bet shove all-in with AK and all overpairs higher than tens pre-flop most of the time for 100 big blinds.”

and all overpairs higher than tens pre-flop most of the time for 100 big blinds.

On this board, I decide to bet very small (1/4) with my entire range. Leroy will be forced to call

giving me a flush draw.

The pot is now at 6,000 and I have 3 options. Bet small again, over-bet shove or check-call. I prefer check-calling with a mid pair and flush draw turn here for the following reasons:

I check and Leroy checks behind. The river is a blank

that doesn’t change anything, so I check again for the same reasons as on the turn. The plan works and Leroy goes all-in 7,100 into 6,000 with

. A hand he should have let go and folded a total of three times in this hand analysis.

There’s just too many floats pre-flop and during the flop that is in his range for me not to think that he would turn some of them into a bluff river. In the end, my pair of sevens wins the pot. 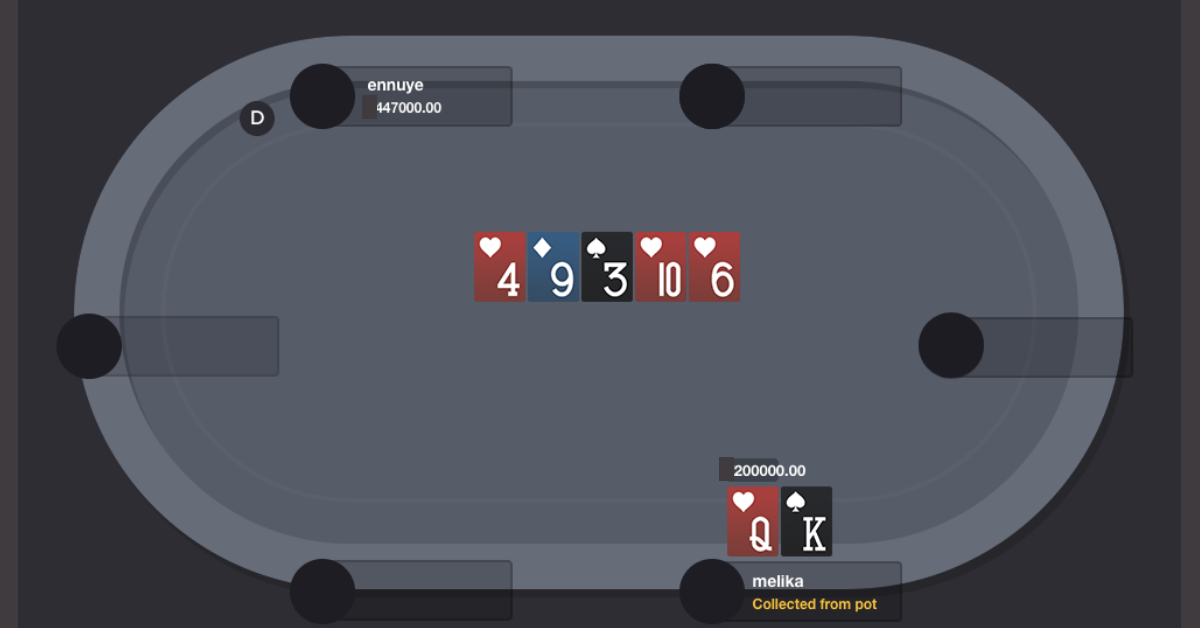 Instead of raising, my opponent calls and the flop is

high is not as good as

, and I pick up some gutshot equity.

None of the other cards are worth continuity betting without equity.”

. None of the other cards are worth continuity betting without equity since we only have overcards and our opponent will most likely call all of his pairs.

Ennuye calls and the river completes the backdoor flush with

Ennuye makes the correct fold and the bluff is successful.