I minimum raise with 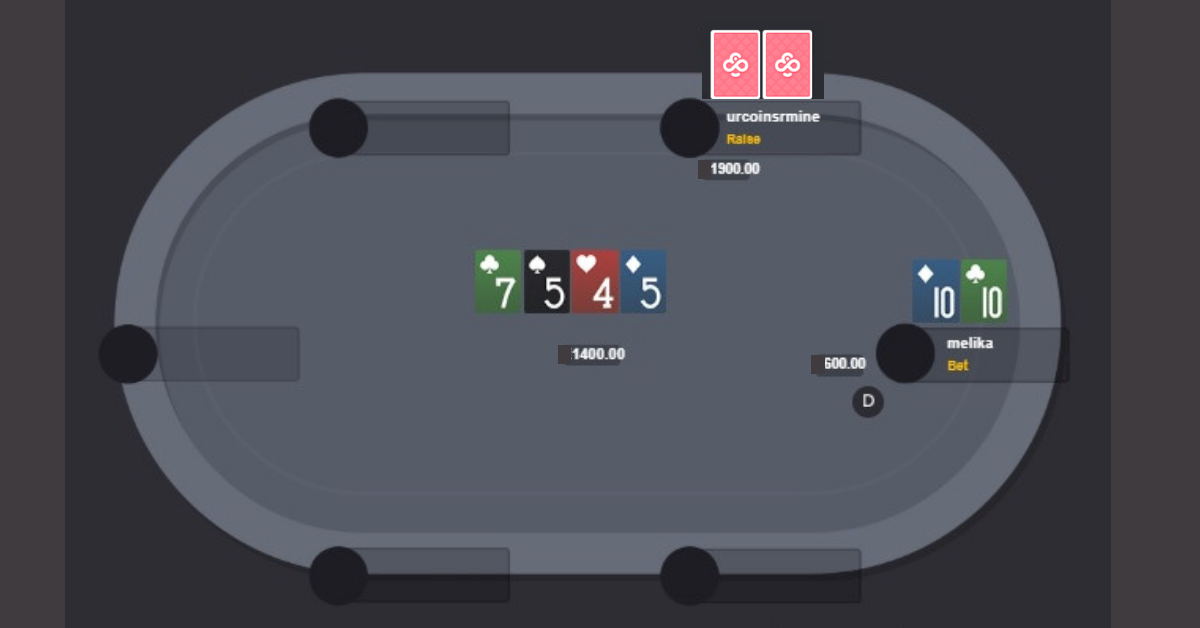 Pocket tens are good enough to 4bet and call off a 100 BB all-in shove. I expect to get my money in against both higher and lower pocket pairs, as well as

The flop is a dry

The turn is another

Here is where it gets interesting because urcoinsarmine decides to check-shove and is putting me all-in for the decision to call off my last 1,200 to win a pot of 3,800.

The problem with calling here is that I don’t think he can have any bluffs.”

The problem with calling here is that I don’t think he can have any bluffs. It looks like he has slowplayed a hand like

It’s not fun to fold here since I was planning on going all-in on the river and get a call and, in most scenarios, win. But it’s unlikely that my opponent is doing this with a worse hand or a with straight-draw.

I don’t recommend playing a lower pair than tens the way urcoinsarmine is playing this hand.”

I don’t think he would and I don’t recommend playing a lower pair than tens the way urcoinsarmine is playing this hand. It’s called overplaying your hand, and to check-shove on the turn with a pair lower than tens in this 4bet pot would be devastating in the long run.

I’m happy to call with

+ here, but with tens, I have to let them go since I’m not beating anything. urcoinsarmine wins the 2,600 pot.

Short-stacked (40bb deep) PokerAbuser raises from the button to 1,800. I call with

from the small blind, a hand I could have chosen to 3bet instead. 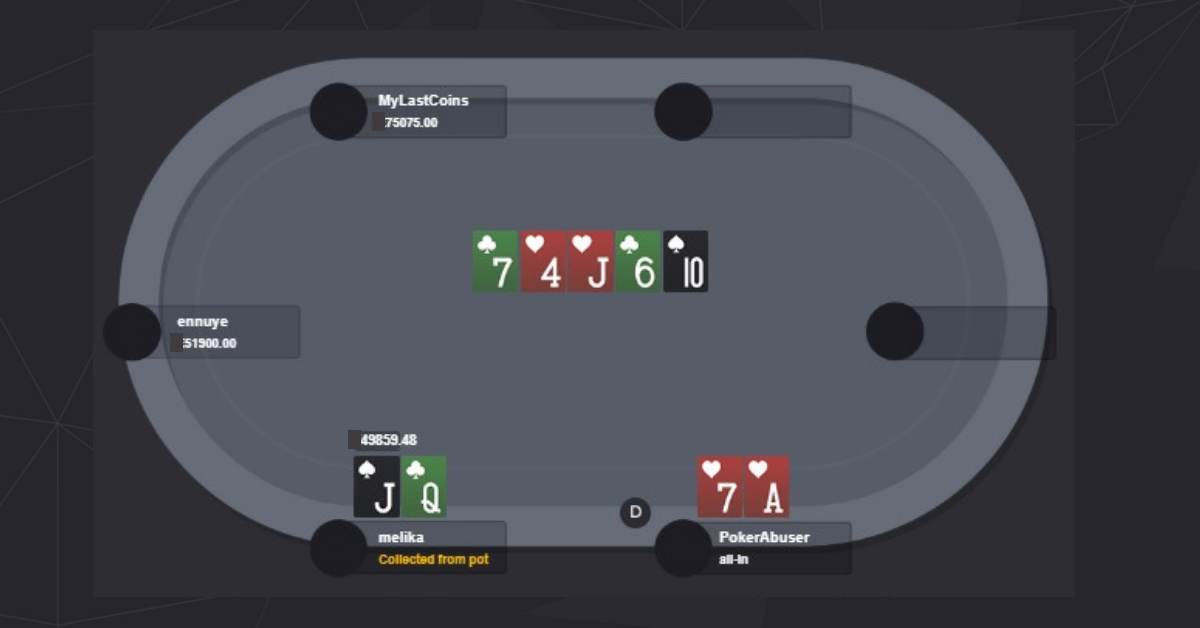 Since my opponent is a bit short and might 4bet shove if I 3bet, I prefer to not make as many bluffs as I would if he were sitting deeper.

ennuye calls from the big blind and the flop cards are

I decided to check-raise to 8,400 here for the following reasons:

If PokerAbuser wasn’t sitting short, then I think it would have been a lot better to just call the bet on the flop instead of a check-raise that would face the problem of being deep-stacked against better hands.

ennuye folds, PokerAbuser goes all-in with a pair and nut-flush draw. I snap-called for another 13,800.