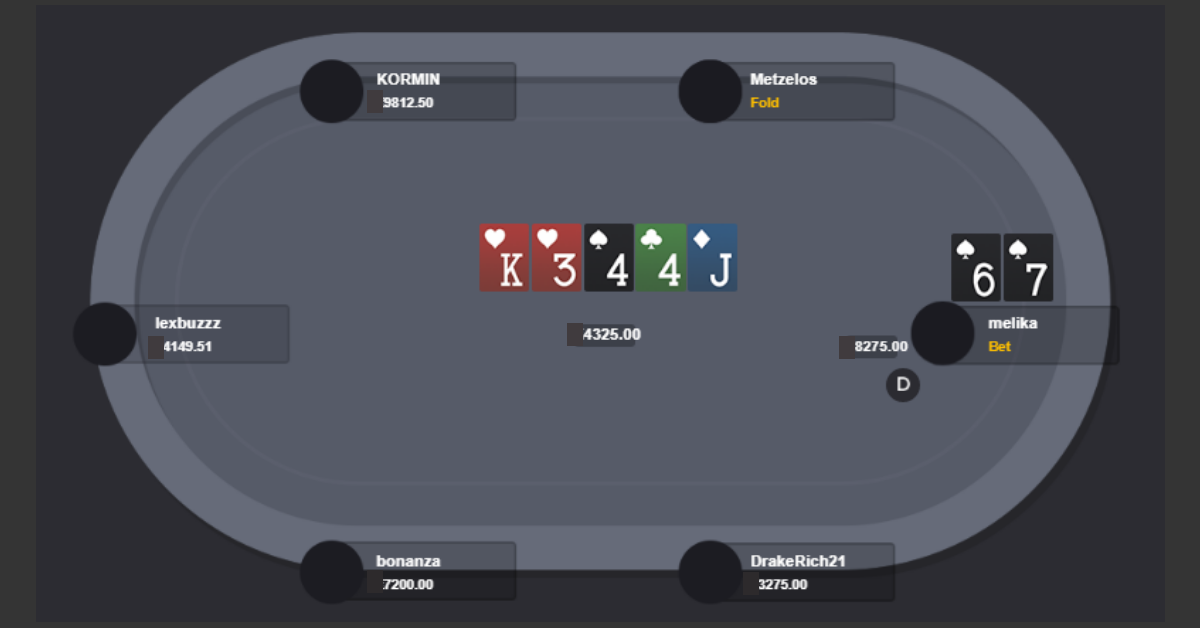 is a good suited connector to 3bet-bluff pre-flop, especially when sitting around 100 big blinds deep.

Choosing some bluffing hands like this makes me represent lower boards as well and not only high-card boards after I re-raise pre-flop. Plus I can flop a lot of draws and continue to put pressure on him all the way.

, he checks again and since I still have equity in the form of a gutshot straight draw I think it’s good to bet again here to make my opponent fold ace high and hopefully some middle pairs.

Instead, he calls again and the river is a

. At this point I decided to overbet shove all-in for 1.5x pot here for the following reasons: 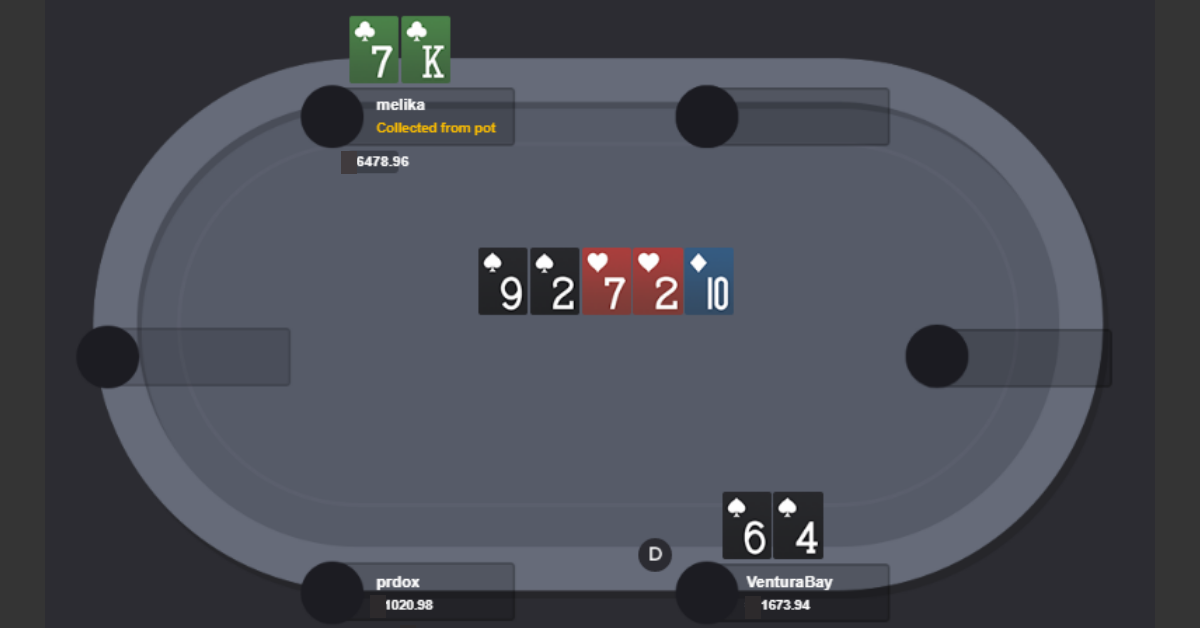 The turn is a

Since there’s a double flush draw and a straight draw there are too many combinations in his range that I’m in lead against; draws that I can expect him to bet on the turn with.

Also, I don’t expect him to have the deuce too often since he bet the flop. Most likely he would also fold deuces with any low off suited kicker preflop.

In the end, I decided to call and the river is a

The big bet to me though looks more like either a missed draw or a hand better than two pairs.”

It’s not an easy decision when it costs me 1.5x the pot. I have to be right more often to be able to make the call and the problem here is that if he is a very good player he could do this with an overpair.

The big bet to me though looks more like either a missed draw or a hand better than two pairs. Both flush draws have been missed so I make the call.