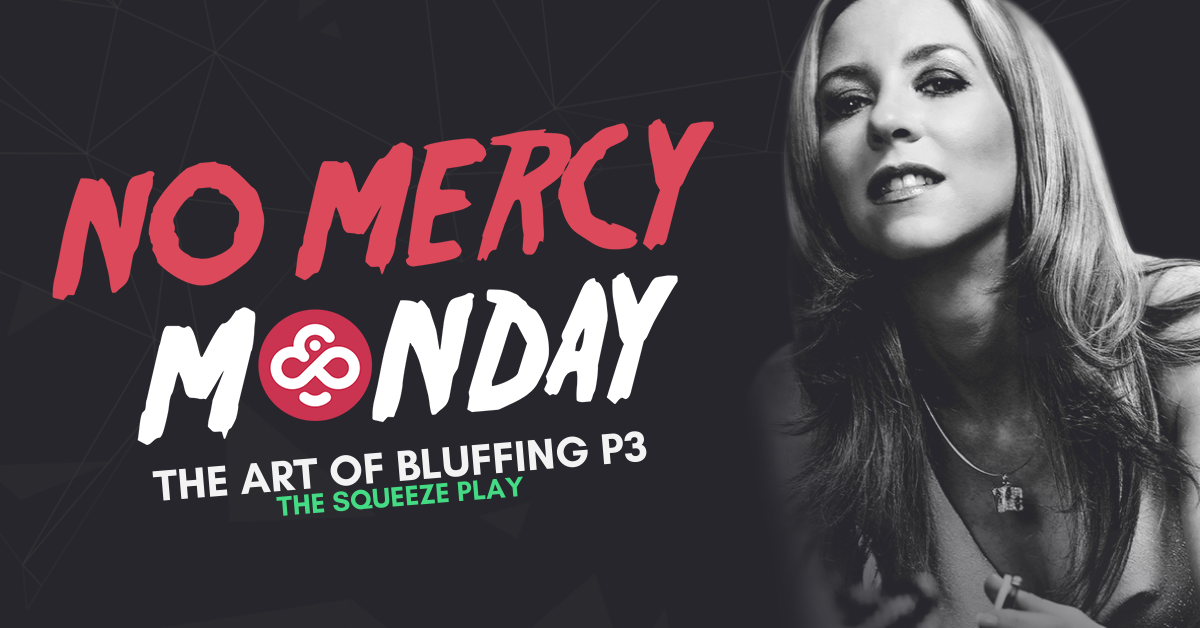 This week we will continue covering the art of bluffing this week, you can catch up by checking out our posts on telling a story that makes sense and how to steal from a stealer. Now that you’re caught up, we can start going over some classic bluffs.

Last week we looked at a classic, common and easy bluff to make that I like to call “stealing from the stealer”. We will this week examine a similar bluff, which also works best when you are sitting in late position or in the blinds. It is a standard move in poker, and it is called “the squeeze play”.

This opportunity for making this bluff will present itself in the following scenario:

A loose player raises pre-flop, and another player calls the raise before it is up to you to act. You will have here an opportunity at 3-betting this pot, therefore squeezing the calling player.

Most of the time the first raising player will not be in a situation to call your raise, as he is considered a loose player with a wide and weak selection of starting hands. In addition to this being unlikely, as he only called the first raise, there is still this another player behind him who could 4-bet this pot.

Chances are that he will fold to your raise, allowing you to easily win a decent pot.”

As for this player who originally called the first raise, and who is now facing this squeeze play, he showed some weakness by only calling instead of 3-betting the first raise. Therefore, chances are that he will fold to your raise, allowing you to easily win a decent pot.

Remember that the squeeze play works best when there are fewer players remaining after you. Also, it is a customary play in poker, and therefore you can identify such situations and apply the “steal from the stealer” theory to 4-bet such squeeze plays and bluff your way out of the hand.

Don’t forget to join me twice a week in the Hubble Bubble tournaments to practice your skills and try to win my 5000 CHP bounty!