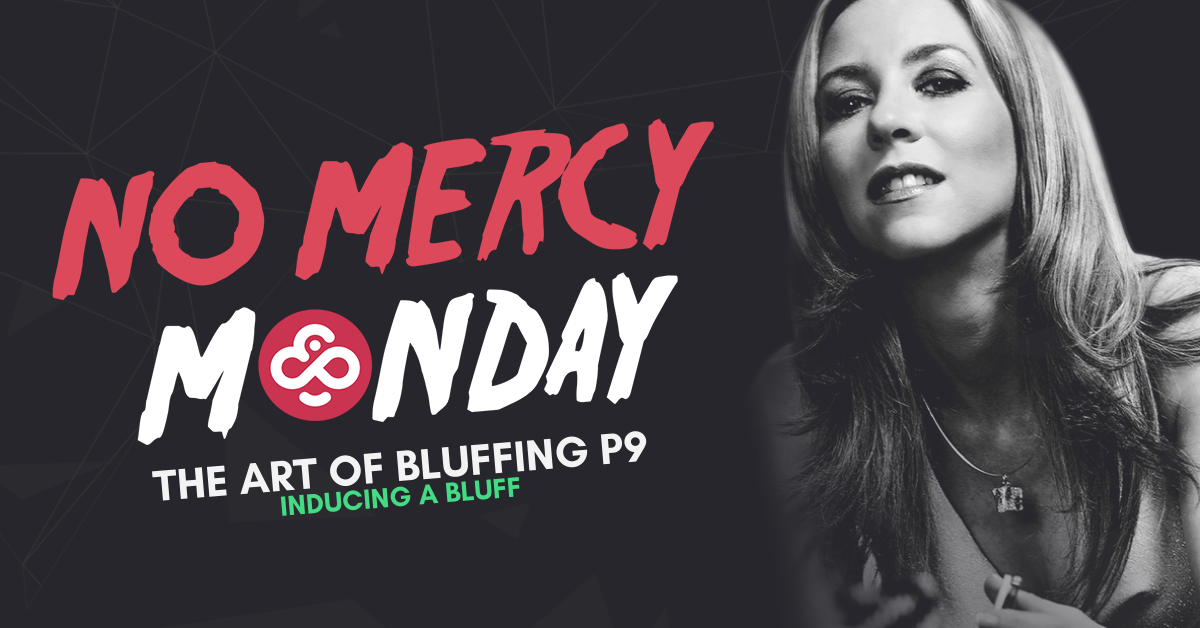 Over the last couple of weeks, we took a look at some common and easy bluffs including “stealing the stealer”, “the squeeze play”, “taking advantage of a dry flop”, more common bluffing concepts, the semi-bluff, semi-bluffing scenarios , and their advantages.

Today we will continue this chapter on bluffing by focusing on a new but equally exciting topic: how to induce a bluff.

A final scheme that has to be highlighted in this chapter about bluffing is what we call “inducing a bluff”. This scenario will present itself when:

In a case like this, you can expect your opponent to fold when facing your bet. So, in order to get the most value out of your hand in this kind of set-up, you may want to check in order to give your opponent a chance to try bluffing you.

If you decide to bet your opponent will generally fold, unless he decides that he has had enough of you or that he doesn’t believe you. In the latter case, he may be tempted to raise in a bluff as a final attempt to win the hand without a showdown.

But you cannot count on that, and that’s an overall precious concept in poker: you should never be waiting for your opponents to bet or to raise for you when you
hold the goods.

However, inducing a bluff is a direct exception to this rule.”

However, inducing a bluff is a direct exception to this rule. The fact is that in the scenario described above, you are pretty sure that your opponent will fold your bet.

Therefore, you have nothing to win by betting, and it isn’t the best way to extract as much value as possible out of that strong hand.

If you do decide to check instead you are opening a wide door for your opponent to try to pull a bluff on you.”

If you do decide to check instead you are opening a wide door for your opponent to try to pull a bluff on you. He may sense weakness because of your check on the river, especially if some visible draws did not make it there.

And because you suspect him of holding air, his chances of winning the pot at the showdown are close to zero. In a case like this, he is left with only one viable option: taking a shot at the pot with a bluff to try to take it down.

Let’s continue with more on this subject next week, and don’t forget to join me twice a week in the Hubble Bubble tournaments to practice your skills and try to win my 5000 CHP bounty!