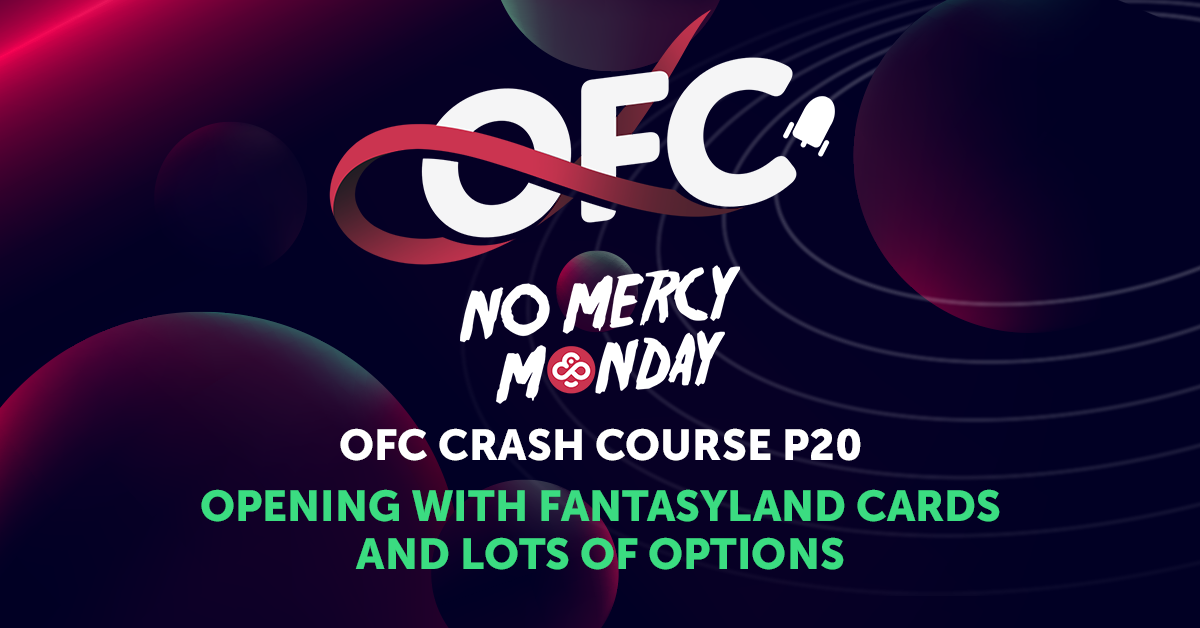 Now that we went over the history of this fantastic game, let’s focus for a while on general advices and basic strategies. We already went over a list of elements such as knowing your royalties, taking your time before you act and counting your live cards. In the latest blog posts, we studied a frequent situation where you must choose between scoring more points or remaining in Fantasyland. We also quickly went over a valuable concept about setting up your initial cards, and we are now going deeper into that subject with multiple examples of real-life openings and complete hand analysis.

Let’s have a look at this hand that was played on CoinPoker with the one and only Tony G.

I received these five cards to start my board:

This is a funky opening that offers various plays, which are all debatable, especially if you are first to act. Look at the following suggestions and try to identify what you think would be the best play here:

I personally really like openings #2 and #4 here, but honestly, I was so challenged by this opening that I consulted my dear friend, fellow poker player, amazing mathematician and OFC genius, Christoph Haller.

As Christoph confirmed, the best opening here is #2, with 3 cards flush and King on top, so my instincts were good on this one. As he explained, this is a pretty good start and an easy board to develop. Completing your flush in the back here is doable, so as paring the 10 and the King, not to mention that you will have opportunities to make a second pair in the middle. You could even end up with 2 pairs in the back and 2 pairs in the middle with high cards such as Queens or Jacks in the back, that would cover your middle row.

The second best opening according to him is not far behind this one; opening #3 with Jack-10 in the back.

The reasons behind this is because of the Fantasy cards that you are holding in your hand. Indeed, the King and the Queen are two precious cards, so you really want to maximise these cards on the top two lines, even if that means breaking up a 3 cards’ flush draw.

These are important concepts to remember, especially in a case where you would be last to act. Indeed, if your opponents had revealed tons of hearts before it’s your turn to open, you could decide to go with this J-10 opening on the back, instead of trying to draw to a dead flush.

Christoph’s third choice was opening #1 with 3 cards flush in the back and King-10 in the middle. The problem with this opening is that you really want to place one Fantasy card on top, when you have one or more of these gold cards in your hand at the start. Therefore, the King in the middle here is a kind of waste, especially with all the Aces being live.

Finally, and I was way off on this, as this is the opening I decided to execute in this hand; the open-ended straight opening #4 is really weak. Indeed, it gives away good Fantasyland potential, and it limits my royalties in the back at 2 points. Moreover, at least one of my live Aces might also be needed in the back.

Remember that every situation is different! Placing in the back another 4 cards open-ended straight draw that doesn’t imply all these Fantasy cards might very well be the best opening in lots of cases.

The rest of the hand was pretty straightforward, and for the little conclusion, here is the final score of the hand:

I did manage to complete my straight in the back without having to use an Ace, as I received a 9 on the same draw.

But as we saw last week and just like in NLH, you shouldn’t be result oriented. However, in order to always improve your game and to get better, try to think back and see what would have happened if you had done things differently. Remember your previous choices and how it would have affected the entire rest of the hand. By doing this regularly, you will develop a feel for the game, and you will get better and better.

I did go through the hand all over again by studying what would have happened if I had chosen optimal opening #2 to start my board. Well, as it turns out, I would have ended up with a flush in the back, a straight in the middle and K-Q-10 on top. With such a board, my final score against Tony would have been 9 points, instead of a mere 1 point.

Open Face Chinese Poker is all about grinding, one point at the time. So, don’t be lazy, study your openings, and invest hours of practice to start mastering this fantastic game!

A special thanks to Christoph Haller for bringing in his valuable views on these opening options. You can play with him on CoinPoker under username Yoyo88.