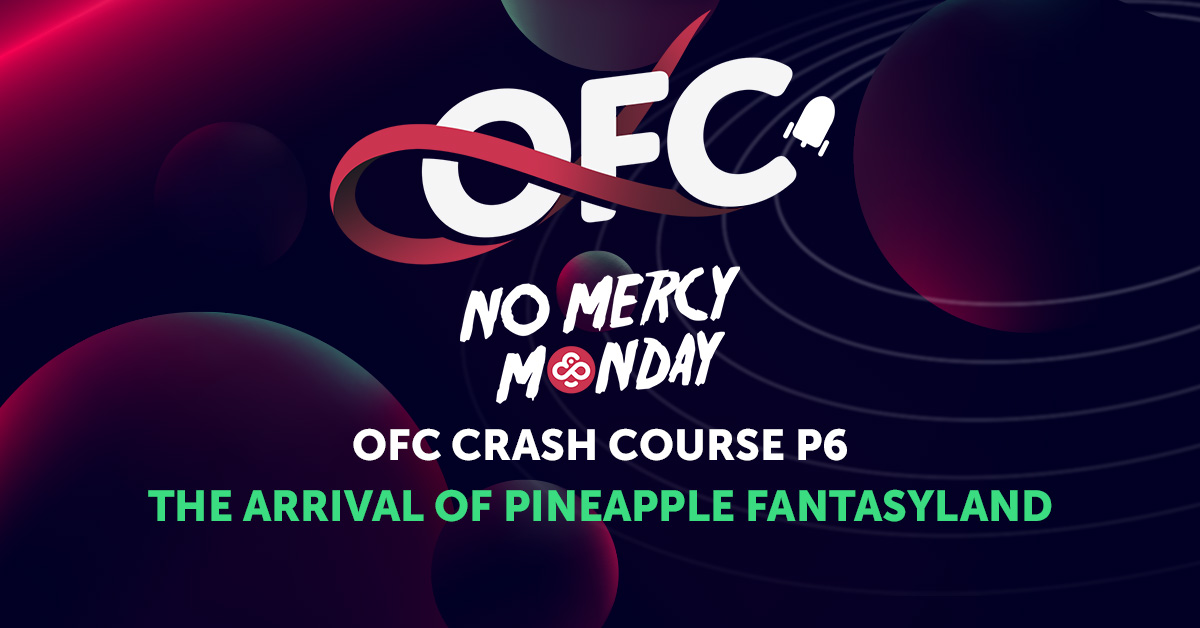 After the apparition of the Open Face format as we saw last week, this game has been in non-stop evolution, and classic OFC soon became a game that could be played in multiple formats: “Pineapple”, “Pineapple Progressive”, “Pineapple Deuce to seven”, and even with “Jokers”.

The definition of “Pineapple” means that you receive 3 cards, you keep/place 2, and you discard one face down. That’s why you may have seen some NLH “Pineapple” games or tournaments, where you actually receive 3 cards, but keep only 2 in your hand while you fold the third one.

Pineapple “Fantasyland” as played on CoinPoker is today the most popular and well-known form of OFC.  In this variation, the number of players is limited to three, because after the initial 5 cards, each player receive not one card at the time, as it was previously the case, but 3 cards at the time, from which they have to position two on the board, and discard one.

This means that some cards of the deck will not be visible to the players. Nevertheless, counting outs remains super important!  Even more fundamental, is the fact that the basic approach of the game has entirely switched with the apparition of this new version, because when you successfully place a pair of Queens or better on top (without fouling obviously), you gain access to what we call “Fantasyland”.

Fantasyland means that you will receive all your 14 cards face down at once, and you will have the comfort of placing 13 of them wherever you want on your board, folding one card. This really brought back the risk and reward aspect of the game, because not only you have to focus on not busting out and on beating your opponents’ lines, but you are also trying to make at least a pair of Queens on top in order to get to Fantasyland!

And there was the big OFC poker revolution! Rendez-vous next week for some general advices on the game!