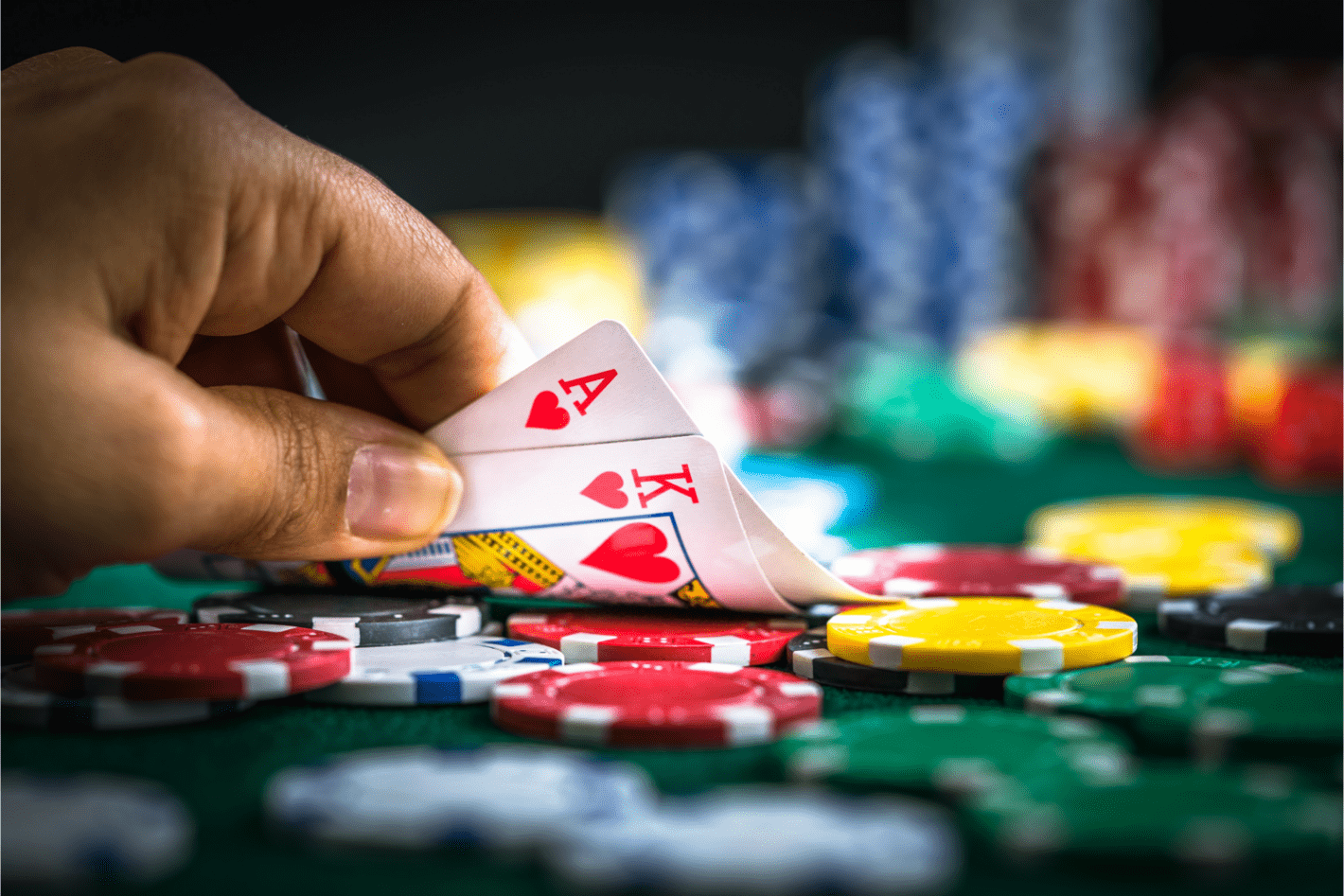 In the last few decades, the game of poker has gained a lot of popularity. Poker spread across America as early as the mid-19th century, but its real worldwide prominence is a much more recent thing.

Poker has since evolved and taken many shapes and forms, introducing some new rules and dismissing some old ones to make the game more balanced and the betting process more thrilling. Naturally, the game branched out to take many different varieties, and one of them is Texas hold ’em.

This variant of poker is played as the main event on the most prestigious globally broadcasted tournaments, such as the World Series of Poker and the World Poker Tour. Global broadcasts, alongside  the rise of online poker in recent years, has made Texas Hold ’em widely recognizable.

But how is it played and what can you do to increase the chances of cashing out in Texas hold ’em online? Let’s find out. 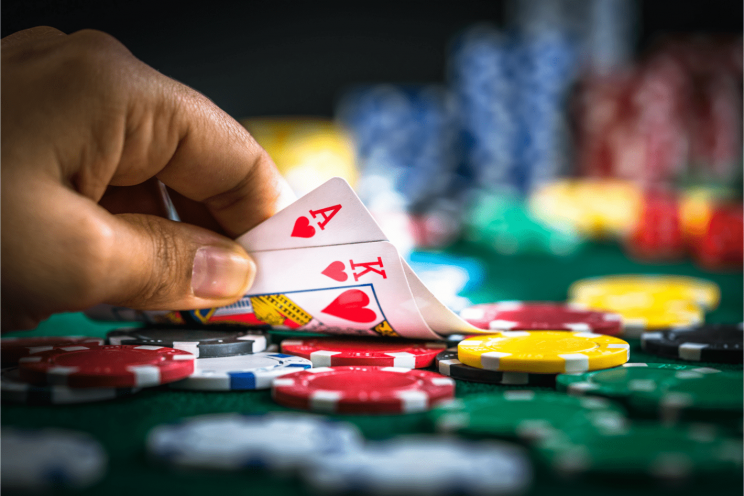 The game is played with a 52-deck card. There are seven cards in total for each player in every hand. Two of them are the hole cards – players get them at the beginning of the round and they are handed face-down so each player can only see his two cards. Five other cards are called community cards and they are laid out face-up so that anyone can see them and combine them with their two face-down cards.

The goal for each player is to create the best 5-card combination out of 7 cards they can use. As for the power of the hands in Texas Hold ’em, it’s the same as in most variants of poker. Here is how they’re ranked, from best to worst:

Kickers – a rule similar to a “high card” rule is applied if multiple players have basically the same hands. In this case, the one who possesses the highest kicker wins. Kickers are side-cards held by a player that haven’t been connected to other cards. In a J♣, J♦, 9♠, 5♥, 4♦ hand, 9, 5, and 4 are kickers. In the case where another player has the same hand (a pair of jacks in this example), if he also has a kicker higher than 9 he wins, if it’s lower than 9, he loses, and if it’s exactly 9, the winner is decided based on the second or third highest kicker. If all the cards are the same, the pot is shared.

The basics of Texas hold’ em

At the beginning of every hand, the dealer deals two cards to each player. It’s quite common in casinos that players don’t deal their own cards, and in this case there’s a dealer button in front of the player who officially acts as a dealer. The dealer is changed after every hand – once the hand is finished, the person sitting left to the dealer takes the button.

When the cards are dealt, the first round of betting commences and players start betting, adding their chips to the pot. We’ll get to betting rules in a minute. For now let’s just mention that during any round of betting, players can “fold” or give up from the hand.

After the first round of betting, the dealer places three cards face-up on the table. Now the players have a much better idea about which combinations they could make, and there’s another round of betting, called “flop”. Then the dealer uncovers the next card, followed by the third round of betting (“turn”). And finally, the dealer reveals the last card, and players make their final bets (this round is called “river).

As soon as players are done with the last round of betting, the cards are shown and the winner takes everything from the pot. In the case of multiple players having cards of the same strength, the pot is shared among these players.

Now we come to the really fun part. As we’ve just mentioned, there are 4 rounds of betting in one hand of Texas hold ’em poker.

However, the first two bets in the first round are placed automatically, as soon as the cards are dealt. These are called the big and small blind and their role is to balance out the playing field a bit.

Here’s what we mean by that. Poker is a game where players can make strategic moves based on the actions of previous players. So the first player to decide whether to bet or fold has a great disadvantage compared to others. And the one playing last has the best position in this respect. This is why the last player in order has to place a pre-determined forced bet at the beginning of the hand (the big blind, for instance $10), while the second to last one has to bet half of that amount right away (in this case, $5).

Now the player who starts the first round of betting can decide to:

Also, there’s another action a player can take during other rounds of betting – a “check”. When a player has already matched the highest bet (for instance, at the beginning of the second round) he can choose to stay idle – to “check” to see the actions of other players. If all other active players also check, the round of betting is over.

There are many specific additional rules that guide the process of betting in Texas hold ’em. Here are the key ones: 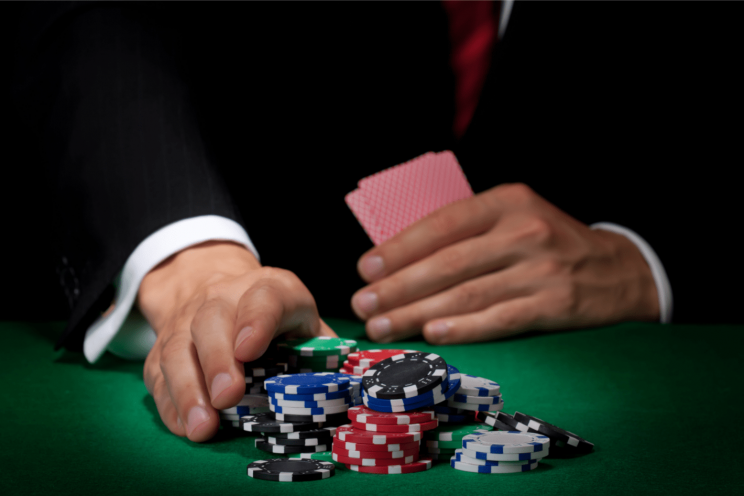 But how does this work in practice? Let’s see that on an example of a hand with 4 players involved. Player A is the dealer, player B is the small blind ($5), player C is the big blind ($10), and player D starts the hand (followed by A, B, and then C). They get their hole cards dealt:

The third round starts. The turn card is 3♦. Both players check.

The dealer reveals the last card, and it’s K♣. Player A raises by $40, B calls and the hand is finished. A won the pot of $250 as both A and B have a single pair, but A wins it because it’s a higher-ranked pair (A has kings while B has queens).

How to Texas hold ’em

Finally, if you’re thinking of starting playing Texas hold ’em online, either for fun or to make some money, here are a few quick tips you should have in mind at the very beginning: