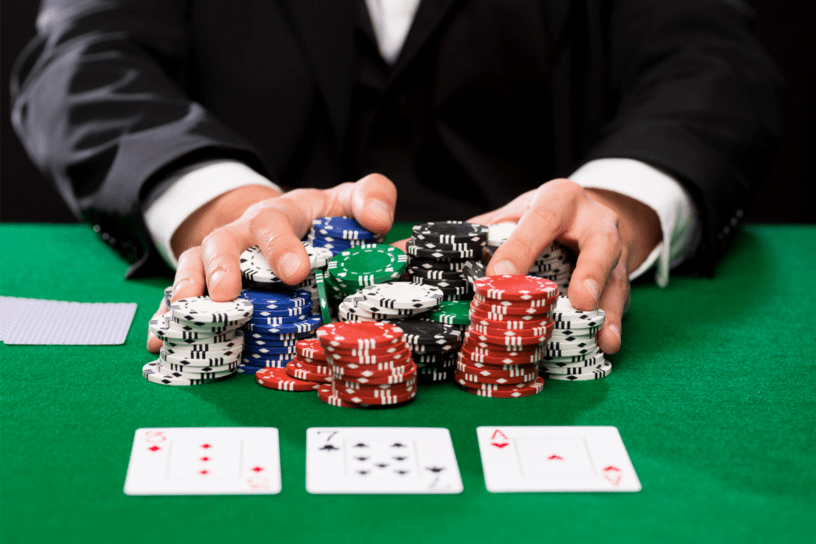 Omaha poker is one of the most popular variants of poker globally. In fact, it’s probably the second most widespread, right behind Texas hold ‘em.

In general, the game of poker has been expanding its sphere of influence, and the opportunity to play it online has made the game more accessible to everyone. It has also become a solid source of income for many quick thinkers who like playing games and thrive under pressure.

Pot-limit Omaha (PLO) poker offers a great deal of excitement. It’s a game with a lot of variations and a lot of room for twists and turns during the flop, turn, and the river. It demands special focus and specific strategies, different from ones used in Texas hold ‘em or any other kind of poker.

So let’s see how PLO is played, how it works, and what you can do to maximize your chances of winning games and making money. 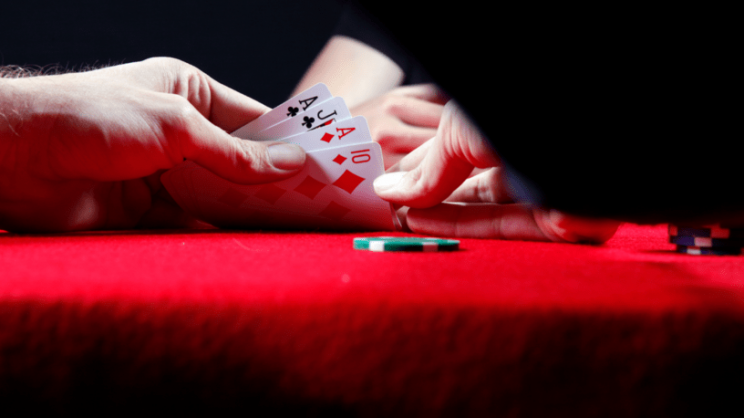 How to play Omaha poker

In all versions of Omaha poker a player needs to use exactly two of his hole cards when building his hand. In Texas hold ‘em, for instance, you can use any number of hole cards (including zero) when creating your best combination. But in Omaha, it’s always 2 hole cards and 3 community cards.

In the most popular version of the Omaha, players get 4 hole cards at the beginning. Of course, only 2 of these can be used. This adds many unpredictable variations to the game, but also provides a bit of additional information to every player.

As for the “pot-limit” part of its name, it refers to betting limits that largely affect the dynamics of the game. We’ll get to that a bit later.

And that’s basically it . You’ll need a table, a dealer button, and a 52-card deck. And even that’s not necessary if you choose to play online – register to Coinpoker and start playing pot-limit Omaha right away!

Oh yes, and you’ll need to know the rules, obviously. So here they are.

Let’s start with hand rankings. In pot-limit Omaha, it is the standard poker ranking system. Here’s how strong certain hands are in PLO, from the best one to the weakest one: 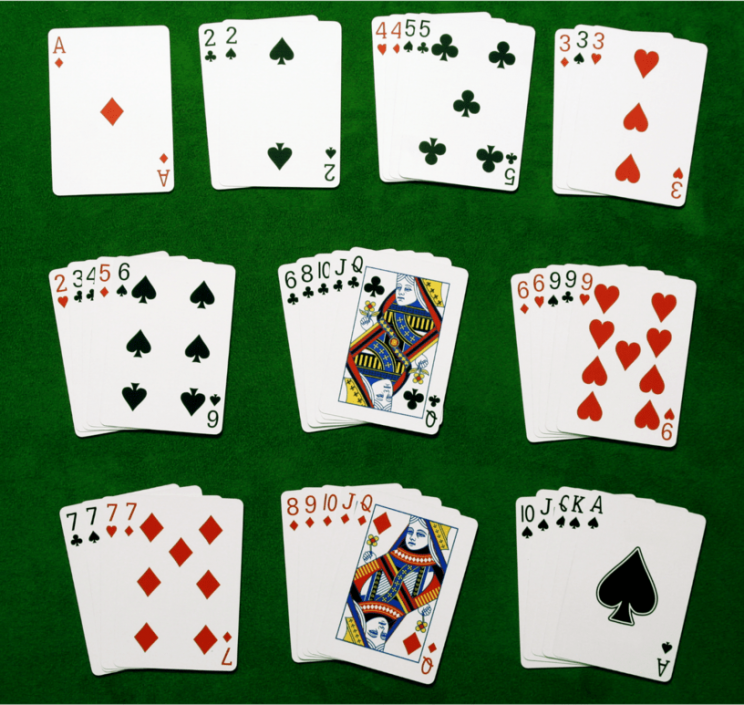 In general, in the case of ties, PLO (and most other kinds of poker) further follow some sort of high-card rules. If two players have straights, the one with the highest high card used in the straight wins. That means that 9, 10, J, Q, K of any suit beats 6, 7, 8, 9, 10 of any suit.

Both players have a full house as they used K and 4 from their own pocket and K♣, K♥, 4♦ from the board. Therefore the players split the pot taking half each.

Preparation for the game

As we’ve mentioned, at the beginning of each hand, every player gets 4 concealed cards. Dealing the cards is, obviously, the dealer’s job, but in most casinos today there’s an employee who does that instead of the players. However, it’s still hugely important to remember who dealt the hand as this determines the order of play. 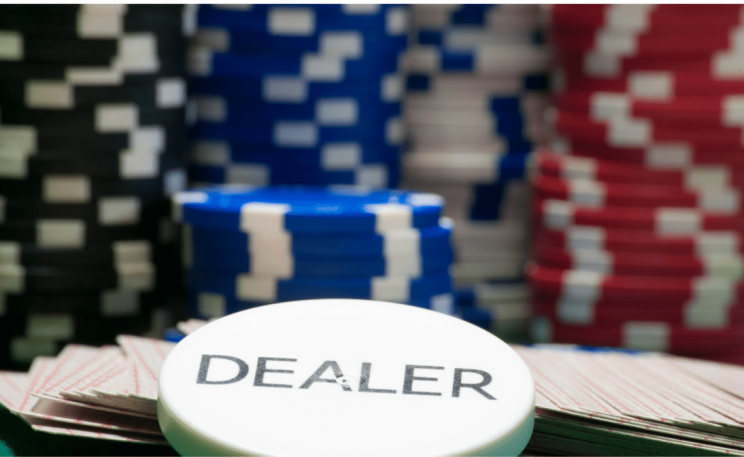 Blind bets and order of play

The next player to act is called ‘Under the Gun’ (UTG)  ,since UTG plays first, it’s obvious that they are disadvantaged as all other players act after them before the flop. The  player to the immediate right to him plays last before the flop,his position is called the big blind (BB) and a player in this position is considered to have adisadvantage. The last person to act is desribed as being ‘on the button’ and has two advantages, they are the last person to act before the flop who has not voluntarily put money in the pot and if they see the flop, they will be last to act on each subsequent betting round until the hand is completed.  In general, whichever player plays last in the hand is considered to be in a privileged position. He can wait, watch other players make their initial moves, and collect vital info based on that.

Between BB and the dealer there’s the small blind (SB), the player playing next-to-last, which is also regarded as a poor position. Generally players will lose money playing in the small and big blind.

To recap, this is the order of play in PLO: UTG starts, and then the player sitting to the immediate left acts, and after that the player to his immediate left, and so on, depending on the number of players (which is usually 6-9). The last three to play  pre-flop are the dealer, SB, and BB, respectively – BB sits to the right of UTG and basically closes the circle. It’s crucial to remember all this as position is key in PLO poker, even more than in other variants.

The first round of betting

The betting starts right away. There are four separate rounds of betting in one hand and the first one is started by UTG. In order to get involved in the play he’ll need to at least match the bet made by BB. He tries to predict his chances based on the four cards he was dealt, and then bets accordingly. He also has a right to give up before investing any money. This is called “folding”.

Apart from folding, the UTG can equal the BB’s bet (“call”) or surpass it (“raise”), thus making other players match his bet if they wish to continue playing the hand. This core rule stays the same in any hand in any round of betting – in order to compete further, you always have to add at least the same amount of money to the pot as the player(s) who added the most money in a specific hand so far.

So after UTG acts, it’s time for other players to fold, call, or raise the highest current bet. The round of betting is over when all players have bet the same amount of money. It’s important to remember that you can’t raise your own bet. If all other active players (players who haven’t folded yet) have called, there’s no more betting in the round. If someone raises your bet, then you can raise again. If everyone but you folds, you win the pot.

The second round of betting starts when the first three community cards (“the flop”) are added to the board.

In the second, third, and fourth rounds, the player sitting immediately left of the dealer starts the play. This can be SB, but if he folded in the first round, it could be any other player basically. Starting from the second round, active players can also “check” – they simply wait to see the moves of other players without folding or raising. But if someone else raises during the round, you can’t check anymore but you’ll have to either fold, call, or raise.

Once the second round is finished, another community card is revealed (“the turn”), which triggers the third round of betting. Then the dealer shows the last car (“the river”) and the last round of betting starts. After this round is over, the active player with the best hand takes the pot with all the money players have bet throughout the entire hand. 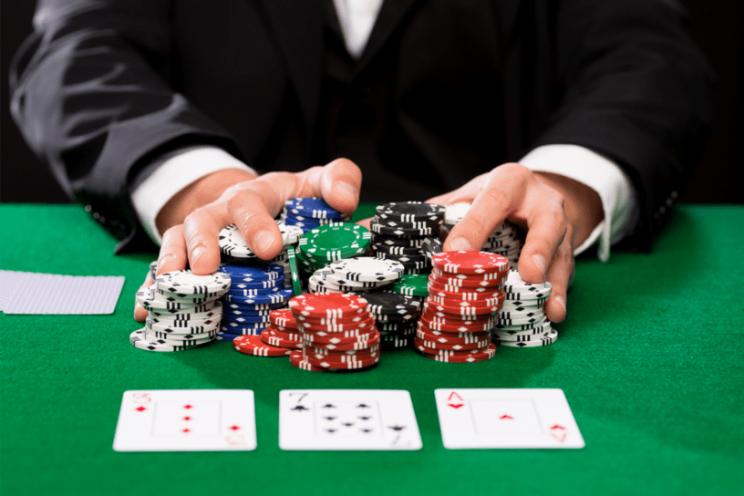 Now how much can you bet in each round? This depends on the type of game you play. For instance, in a no-limit game, the only limit is the amount of money you have on the table. The limits can also be fixed in advance or players can choose to play a pot-limit game.

In pot-limit Omaha (as well as in any other pot-limit game) there’s a cap on the amount of money you can raise. This amount is as big as the pot after your call.

For instance, imagine a two-way pot (a two-person game) with $50 in the pot. Player B just raised by $5, so the total allowed raise for player A is the call amount plus the pot size after the bet is called, which is $60 altogether. So he adds $5 to call and raises by $60, and now the pot is worth $120.

Player B can now raise by $180 + the amount needed to call, which is $60. This means he may raise by no more than $240 and the process continues the same way.

Other variations of Omaha poker

The 5-card Omaha doesn’t differ much from regular PLO. Just add another hole card for every player and the rest of the game is literally the same. Of course, another card brings more variations, more twists, and more thrill.

Unsurprisingly, 6-card Omaha is the same as regular PLO but now with 6 instead of 4 hole cards. Of course, have in mind that in both 5 and 6 card Omaha games you can still use only (and exactly) two hole cards to make a hand.

The rules for determining the best high hand are the same as standard PLO rules. As for the low hand, the rules are a bit more complicated, but the essence is that you need to connect 5 cards with a rank of 8 or below. This adds yet another dimension to the game and another variable that players have to think about. 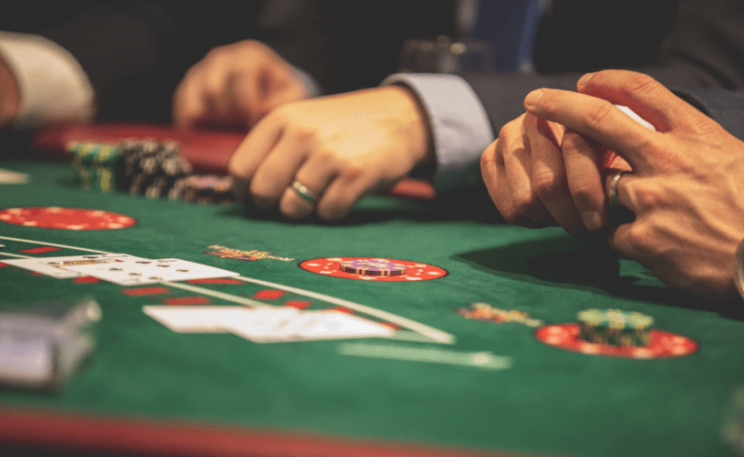 Pot-limit Omaha can be very tricky when it comes to judging the strength of your hole cards, especially for those who played Texas hold ‘em. Sometimes, you’d find yourself in what seems like a good position, with good chances for a strong 2 pair or three of a kind, but have in mind that the bar for a “strong hand” is higher up than in Texas hold ‘em.

With everyone having 4 cards in their pockets, you need to be aware that your opponents can make much stronger hands on average as there are more variations they can utilize. Actually, most winning hands in PLO are straights or better, so be extra selective when choosing hands to commit to.

The fact that there are more variations means that the game is more unpredictable and it’s harder to assume what sort of hands your opponents are aiming for. So any piece of info you can gather thanks to playing in position is indispensable.

Be prepared to raise more often when in position and try controlling the pot by betting smart. Also, you’ll have to fold more often when out of position, especially in multi-way pots.

In Omaha, you can choose between 9 of your cards to make a hand and as a consequence, straights appear much more often than in Texas hold ‘em. And if your cards, when combined with the flop cards, create a “wrap” around them (or vice versa) it’s generally a great sign to start betting.

A “wrap” is any hand where a player has 9 or more straight outs (9 or more unseen cards that could give the player the best straight hand). For instance, if a player has 10, J, and Q of any suit, and there are 9 and K on the board, the player now needs just one other 10, J, or Q on the board to complete a straight. There are three other 10s, three Js, and three Qs in the deck (or in other players’ hands) so it is said that this hand has 9 outs.

This makes it a wrap and gives you a reason to take a more aggressive betting approach.

Pot-limit Omaha is, above all, a fun game that offers a lot of excitement to the players. There are more and more people around the world interested in it, so if you’d like to play it for more than just fun and make some money, you can expect the competition to be fierce.

In order to beat the competition, reading about PLO poker won’t be enough. You’ll have to study the game carefully though, but only through practice you can gain experience and learn how to read plays like a pro. You can start with your friends at home, or you can start online. If you go for the latter option, we recommend you register to Coinpoker and start playing amazing game sessions of online PLO poker today!