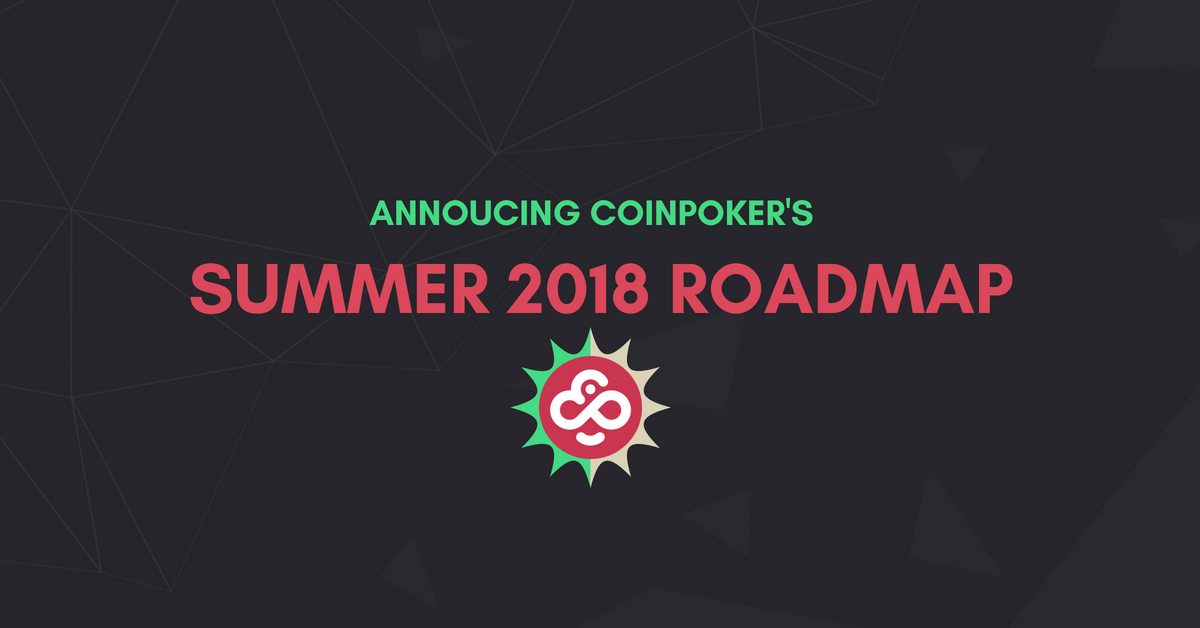 Large scale events like the Crypto Series of Poker (CSOP) and ETH Madness tournaments, have attracted plenty of attention from players, investors, and poker media in recent months. But behind the scenes we’re working on even bigger projects that will help us achieve our ambitious vision for CoinPoker in the near future.

To keep our community aware of what’s in the roadmap for CoinPoker, we put together an overview of what’s happened and what will be happening this summer.

One of the biggest priorities as our platform scales is technical stability. Our team of back-end developers has grown rapidly over the past few months, the main goal of this is to optimize our development processes and keep CoinPoker speedy and bug-free (to the best of our abilities).

Because our platform is complex and entirely new to the world of online poker, getting our development processes to the level we want them to be will take time. In the meantime our team is working tirelessly to improve account and gameplay security under the guidance of Nikki Baumann, our Head of Security.

Despite having full plates, one of the priorities of our IT team is to add our Random Number Generator transparency tech to the mix of CoinPoker services.

In case you did not read our whitepaper, one of the biggest ways CoinPoker uses decentralization technology to combat industry issues like limited transparency is by showing players their impact on card shuffling. This will be possible with the release of 100% decentralized RNG.

With the help of cryptography expert Mike Segal we are already in the phase of finalizing this feature, and look forward to sharing it with our community in a matter of weeks.

Mobile Applications are a Big Priority

Our Android app was released just a few weeks ago and we want to thank the thousands of eager users who are now actively playing CoinPoker’s tables while on the go. Next up on our mobile development team’s list is mobile equivalent for iOs.

The app is already ready to go, and is currently going through the final testing phase. Despite the progress made, it’s release to the eager public will take a little more time. We do aim to release it soon, and continue to appease our impatient iOS fans.

The start of Q2 came with some exciting partnerships with major poker organizations like the Asian Poker Tour and Japan Poker Association. These are just the first of many coming up this year as our representatives across the world work tirelessly to bring CoinPoker to new markets.

On our list of partnerships in progress as reputable associations based in Hong Kong, Brazil, Vietnam, Greece, Brazil, India, Japan, Korea, the Philippines and more. Thanks to the support and influence of our advisory board we have made immense progress in mere months after launching, and the upcoming partnerships.

Our Affiliate Program is Coming Soon

We have received endless requests from bloggers, streamers, influencers, and fans for a reward structure for bringing in new players. That’s why the last bit of big news, but certainly not least, is that our affiliate program is already in progress.

More than just a way to reward our growing following of poker and crypto fans, an affiliate program is essential to expanding into new markets. We are confident that, when released, it will boost our expansion into new markets.