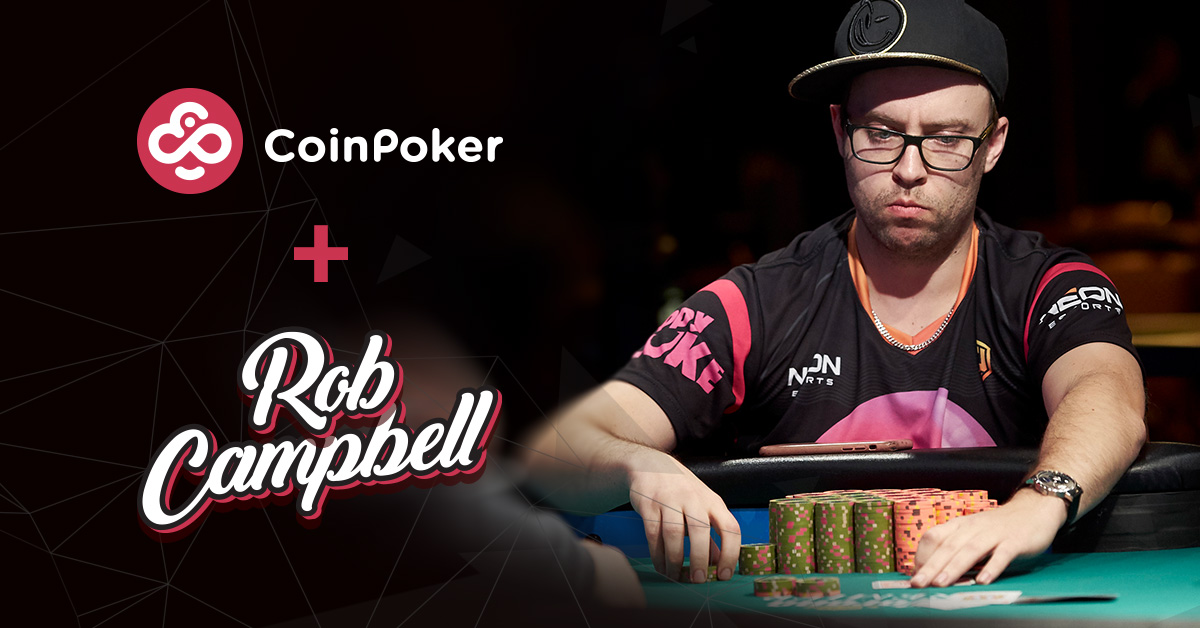 CoinPoker is proud to present the next CoinPoker ambassador, Robert Campbell, WSOP Player of the Year 2019. Robert will be representing the brand at live events he attends around the world.

Who is Rob Campbell?

It wasn’t the two bracelets that caused a media stir, but instead, the controversy regarding WSOP Player of the Year. Daniel Negreanu had been announced as the winner of the WSOP POY race when officials noted a mistake had been made regarding payouts in an event. Removing this from Daniels points total, resulted in him losing the top spot to Rob. A well-deserved win given his results that year.

WSOP Player of the Year 2019 results

Rob’s love for card games started at a very young age, playing with his grandmother. During his teenage years, he discovered other games and the interest grew more and more. By the time he was 18, he visited the Crown Casino in Melbourne, something that would turn out to be an expensive but invaluable lesson in the end.

Representing CoinPoker in poker and esports

Besides poker, Rob owns and runs his own esports team called Neon Esports and they, together with Rob, will be promoting the CoinPoker brand at events and competitions they attend.

The transition between esports and poker isn’t anything new having seen Bertrand “ElkY” Grospellier, Doug Polk, Lex Veldhuis, and Randy Lew take the step into poker after a successful esports career.

Besides join as an ambassador for CoinPoker, Rob will also be replacing Tony G in the bike ride events. Besides the Rob replacing Tony, everything else remains the same. Rob has some big shoes to fill, with Tony having finished runner up twice in these events.

This coming Sunday, on February 16, Rob will make his first appearance as the bounty target in the Bike Ride.

We are very pleased to see such a prominent poker player join as our ambassador. Together we will be delivering some exciting promotions throughout 2020.

Get in on the action

Open a Coinpoker account by following these simple steps. Once that’s done all you need to do is make a deposit and you can start playing your favorite game or bet on your team in our sportsbook!