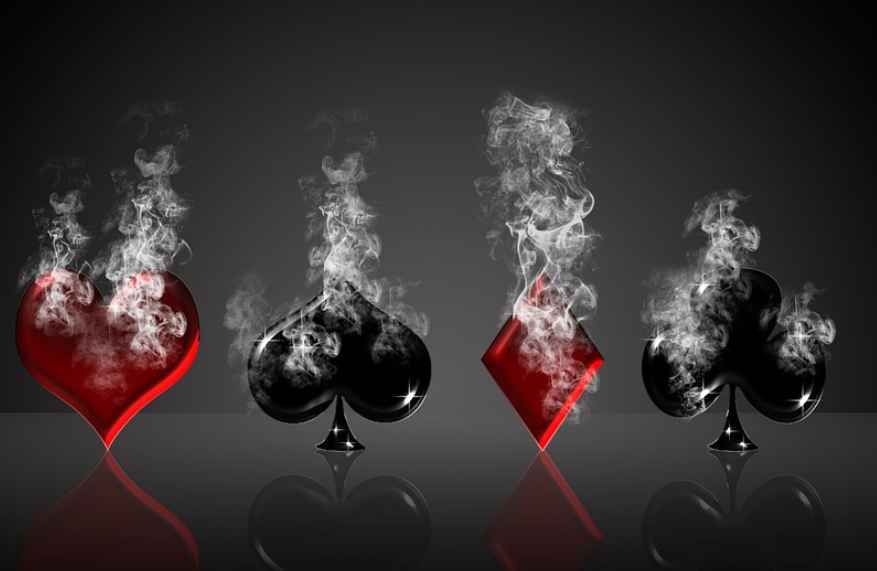 Poker Hands: Too Confusing? A Guide to What is Flush in Poker and its Rankings

What are the rankings of poker hands? There’s such a confusing array of pointers that it’s enough to make your head spin. And it’s not like a flush is only worth a single hand — no, no. It can be worth a lot more. It may seem like a frequent hand at the poker table, but if you want to get good at poker, you’ll have to understand what is flush in poker and how its rankings work.

What is Flush in Poker?

As its influence grew westward and northward in the 1830s, poker began to take on an anglicized name and was increasingly played with 52 cards to accommodate more players. That in itself increased the number of hand combinations, including flush.

So, what is flush in poker? It combines five cards of the same suit but not in sequential order. For example, if you have 5♣,7♣,8♣,10♣,Q♣, that would be considered a flush. It is ranked as the fifth-highest r hand in poker. For instance, the rarity of hand combinations decides their ranking prevalence.

Hence, the royal flash has the highest ranking hand in poker, which according to odds, the player can get once in 649,740.00. On the other hand, the flush has odds of one against 508.80. All these flush terminologies, what is the difference?

As mentioned, it’s the rarity of a hand that makes it rank. Flush, compared to a royal flush (five consecutive cards of the same suit including aces, jacks, queens, and kings) and straight flush (any five cards from the same suit in consecutive order), is a weaker hand.

But what happens if two players have flush hands in poker? The highest card determines the winning flush hand, so if your opponent has weaker cards than the previously mentioned combination of 5♣,7♣,8♣,10♣, Q♣, then your hand wins.

However, in some cases, two players may have the same highest card, and the tie is resolved by comparing the other cards in hand. For example, the highest cards in each hand are compared when comparing two flushes. The second-highest card will be used as a tiebreaker if the two flushes contain the same card.

If the highest cards are not identical, then the highest card decides the winning hand. This continues until there’s no more comparison left to make or one hand has better cards than its opponent. The suit of the hand decides the combination but not the value. Hence the suit plays no role in determining the winner.

What Beats Flush in Poker?

In Texas Hold ’em, a flush is a hand that contains any five cards of the same suit. A flush is ranked below four hands which means it ranks as the fifth strongest hand. These hands can beat flush in a showdown: the full house, four-of-a-kind, straight flush, and royal flush. So what beats what in poker, and how does that relate to flush?

Flush vs. Royal Flush in Poker

When it comes to the world of poker, many terms can be confusing to new players, especially the flush rankings. One of these is flush vs. royal flush.

A flush is a hand that contains five cards of the same suit, but not all cards have to be in consecutive order. For example, if you played with four, six, eight, ten, jack, and king, your hand would still be considered a flush because all the cards in your hand are diamonds.

A royal flush is slightly different from a regular flush because it contains stronger cards or the face cards such as ace, king, queen, jack, and ten diamonds. So it means you only have a royal flush if the hand contains face cards from the same suit.

Flush vs. Straight Flush in Poker

After the royal flush, the highest-ranking hand is straight flush. However, people need clarification on the terminology, and there is a difference between hands of flush and straight flush.

Both hands are made of five cards. A straight flush is the sequence of cards from the same suit, hence the name – straight. Flush, on the other hand, are not sequence cards but from the same suit. So for example your opponent has 6♥, 7♥, 8♥, 9♥, 10♥ which is a straight flush and you have 3♠, 4♠, 8♠, J♠, A♠ which is regular flush. That means your opponent just won the game.

Flush vs. Four-of-a-Kind in Poker

In comparison to previous hands, four-of-a-kind is distinct not only by its name but the combination of cards too.

Four-of-a-kind is when you have four cards (quads) of the same value and different suits and one other card, also known as the side card. The side card can be either an ace or 2 through 10, any card. So that makes the fifth card.

Flush is still below in ranking compared to four-of-a-kind, and if you have a flush, this hand can undoubtedly beat you in the showdown.

Flush vs. Full House in Poker

A full house is one of the most frequently played hands in poker. A full house is when you have three cards of one suit and two cards of another suit. If you’re playing with jacks or better ranking cards, your chances to win over other full house hands and regular flush are a fact.

Flush vs. Straight in Poker

By now, you might wonder: Then what flush beats in poker? Quite a few lower-ranking hands would be a simple answer. Let’s take the next ranking hand below the flush. Straight is a combination of cards with consecutive values but different suits. If you are confusing it with a straight flush, you can see the difference between the two. They are successive cards, but while straight flush has all cards from the same suit, the regular straight has cards from different suits.

What is the Best Starting Hand in Poker?

People often ask the same question about the best poker hand. Of course, many poker players would tell you simply that it’s a winning hand. However, some starting hands can help you meet the odds and have some chances of winning.

So what are these starting hands? We’ve rounded up a few of our favorites:

The King and Ace suited or offsuit. If you ask any professional poker player, they will tell you that the suited hand is most likely to win. Why? Because there are good chances that you will end up with straights and flushes when the river comes. The offsuit combination is less likely to beat the strong hands, but it can still catch up on ranking higher or beat the non-pair hands.

A Pair of Jacks. Although it is considered one of the strongest cards in the deck, jacks have limitations compared to queens, kings, and aces. That makes it a card hand with a 50% chance of winning, which is why many pro players often fold on this one.

Pocket Tens. It’s not the most likely to win, but this hand still has a chance to make up four-of-a-kind. It’s also the best chance against lower-ranking cards. In addition, the combination works so well because if your opponent doesn’t have any pairs, they still need to beat both of your cards combined to win, which makes it much more difficult for them!

These are naturally the strongest starting hands, but some other middle-ranked cards can give you a chance to win, depending on community cards. For example, a pair of nines playing against weaker cards can be a good asset, especially if the rounds are nearing the end of the game.

Bases to Aces – The Secrets To Playing Better Poker

There is a widespread notion that poker is a game of skill. It’s true in so many ways that people forget it’s not just a mindless game. It’s a game of strategy, skill, knowledge, psychology, and some luck.

The players who have played for the longest time say that the more you play and practice, the luckier you get. This might sound like a cliché, but it’s true. For example, the more you play poker, the better your chances of winning hands because you have more information to make decisions with.

Like any other game, poker requires you to master the fundamentals and basics before moving on to the advanced stuff. You need to know how to play your hand right and not just rely on luck when it comes down to it. The good thing is that there are specific guides out there that can help you learn the basics faster than ever before!

If you’re looking to play better poker, here are some tips to help you get started:

The first step to playing better poker is knowing what kind of game you’re playing—and how it works. If you’re playing Texas Hold ’em or Omaha, some specific rules and variations will help you understand how the game works and how best to play it.

Rules are there to make the game fun. Hence make sure you know the rules of the poker variant you are playing and the hand ranking system.

The blinds are the layers seated on the dealer’s left—the game starts and ends with the small and big blinds. However, a mandatory bet is also associated with the first player taking action in the poker round. Know the rules and the bets before you play at an actual or crypto-based poker room.

Many beginning players make a lot of mistakes when it comes to money. The person who made a wrong bet often gets discouraged and gives their money freely by letting one mistake influence another. Be wise and make sure that your action truly makes sense.

5) Play only some of the hands.

Once the rounds start, many players seem uncomfortable folding, even if they know they have a terrible hand. However, there is nothing wrong with waiting for a better hand to play. Additionally, if you never show your cards, you let other players access information.

Takeaway: Recognizing Poker, Your Hand at the Table

Poker is not just an entertaining game but one that tests your skills in math and probability. As you play, the most important thing is understanding which hand beats which. That way, you’ll know whether or not you have a real shot at winning, knowing which cards your opponent has.

The most important thing to remember is that poker is a game of odds. If you have a good hand, it’s only sometimes guaranteed to win. But if you don’t, it doesn’t mean you’ll lose either. It all depends on how strong your opponent’s hand is and whether or not they can beat yours.

Now you can recognize poker hands and better understand what is flush in poker, each card ranking and give yourself the chance to play the best hand possible.