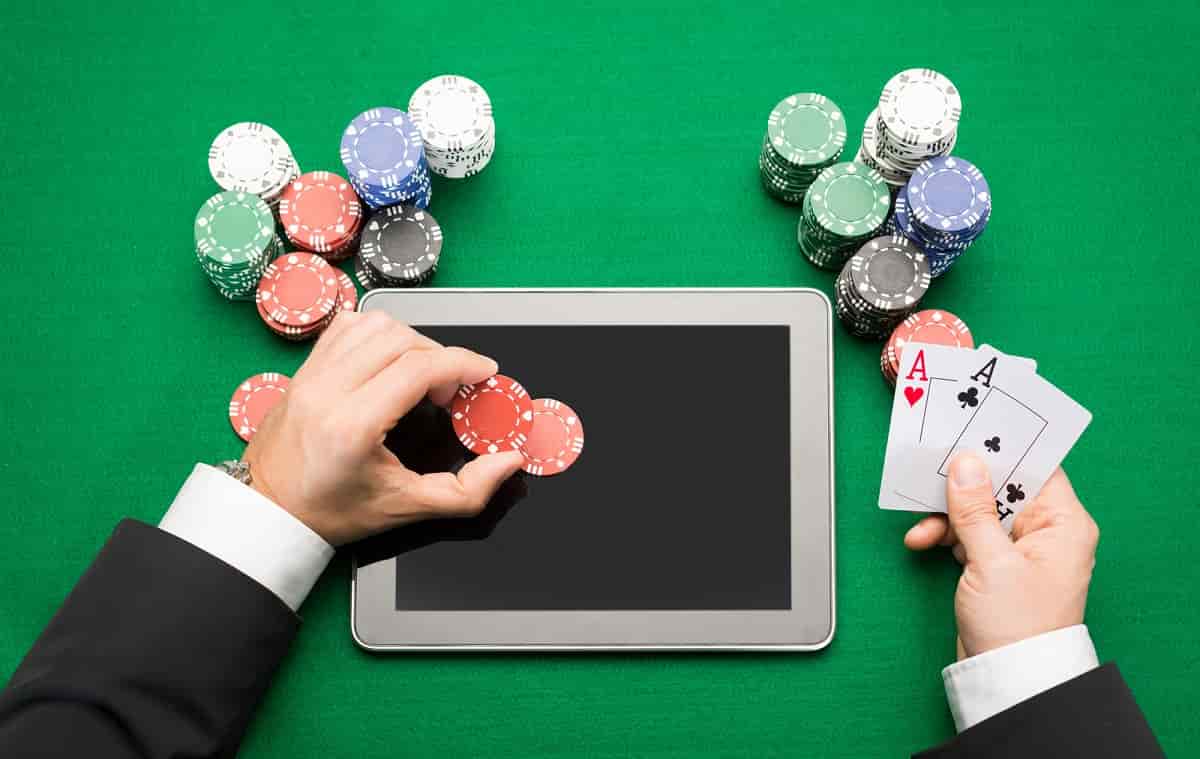 Playing poker today is much more than just sitting down at the table. You need to be up to speed with the poker lingo, understanding acronyms like WWSF, VPIP, along with other phrases such as “slow roll”.

Back in the day, poker was only played live. There were no computers and no poker dictionaries.

You had to learn the game the hard way, putting in the hours and grinding at one table at a time. Players like Stu Ungar and the “Godfather of Poker”, Doyle Brunson would be amongst those.

Then we have players such as Tom Dwan, Viktor “Isildur1” Blom and many others, who we would consider being the “new” guard of poker. These players, who mostly played Texas Hold’em and Omaha, became highly successful while playing online.

Many of the players from the new generation have predominantly been playing online.

To better communicate with each other some online abbreviations became popular and you might need to grasp this lingo to understand what’s going on.

Definition of WWSF in Poker

WWSF poker acronym means “Won When Saw Flop”. It refers to how often a player has won the pot after they have taken to the flop.

This was a term and stat that was more commonly focused on a few years back, in the earlier days of online poker.

The different programs and HUDs available track this statistic and tell you how many times a player has won the hand after they have seen the flop. However, this software is highly frowned upon by most online websites and disabled in CoinPoker and other online poker providers.

As mentioned before, it was a more common term and the stats that players used to look at in the early days.

Since the game has evolved a lot over the years, and today see a lot more players c-betting and floating on the flop, the WWSF poker stats have lost a bit of their value.

What is a High WWSF in Poker?

If a player has a high WWSF it means the percentage of pots won after seeing the flop is usually above 50%. In other words, the player has a higher frequency of winning pots after having seen the flop.

Ok, but what does this tell us? The only thing we know is that when the player has seen the flop, over 50% of the time that player wins the pot.

How they win it, that’s a different story. This could be by c-betting, bluffing, or by simply having the strongest poker hand at showdown. As the game has evolved, more and more players can have a WWSF that is above 50%.

If you as a player see the flop with a strong range of hands, keeping a tight game could result in you winning more pots at showdown. Another advantage players should take advantage of, which also will boost their WWSF, is playing their position.

By playing your position and putting maximum pressure on your opponent, you could get them off decent, to good hands, thus winning the pot.

What is a Low WWSF in Poker?

Opposite to high WWFS we have low WWSF, and you guessed it, it is when a player usually is below 50%. This means that the player loses the pot at a higher frequency after having taken to the flop.

Why this happens could be one of many reasons, such as not playing aggressively enough after the flop, or making questionable plays preflop.

For example: calling with a weaker range of hands or from positions they shouldn’t be playing from, such as playing out of position against a preflop raiser with a marginal hand.

What are Other Similar Stats to WWSF?

When looking at player stats, WWSF is only one of many types of stats you, as a player, should be aware of when it comes to your opponents.

To do that you then need to learn what the other acronyms mean, and what bearing they have on the players’ style, action, and how to use these stats in your favor.

We will take a look at two other stats, similar to WWSF, called WTSD “Went to Showdown” along with WSD, referring to “Won at Showdown”.

Both of these stats look at how often players played the hand-to-showdown, where WTSD is simply looking at how many hands the player has played where he stayed in the game until the showdown. The higher the percentage the WTSD is the more hands have gone to showdown.

It is safe to say, a player with a high WTSD is what we would call a “calling station”, meaning a player that plays loose and recklessly all too often.

As mentioned, WTSD or WWSF alone shouldn’t be looked at individually. You need you look at all the different aspects, when deciding.

Base this decision on the facts at hand, if the player is loose and aggressive, tight, or passive, a regular or a “fish”.

The other stat you also should look at besides the two mentioned above, is “Won at Showdown” with the acronym WSD. This percentage you see, indicates the number of pots that the players has won that has gone to showdown.

What this basically tells you is the value, combining the WTSD. This will serve as an indicator of the opponent’s hand if they are playing a high-, or low-quality hand.

If your opponent has a low WSD value, it could indicate that they are either running very “cold” or taking to many risks and play too many hands all the way to showdown.

What Percentage Should Be My WWSF in Poker?

There isn’t really a rule of thumb here, given that you need to take into account other stats as well. Still, if we ONLY consider WWSF and nothing else, that percentage should be around 50% or just above.

The percentage will be slightly higher or lower, depending on the type of player you are up against but if it is around 50% it is what it should be.

If the value is drastically off the 50% limit, it is highly likely that you are either dealing with an inexperienced player, someone who is too aggressive and loose.

However, it could also indicate that you are up against a decent player who to some extent knows their game, but has yet been unable to identify issues or problems in their game.

As such they haven’t been able to adapt or correct this issue, meaning they have so-called “leaks” in the game.

To continue to evolve as a player and to improve your game, you, as a player, constantly need to review your previous games. Identifying any potential leaks and then correcting your game, accordingly, will turn you into a more successful player.

If you alone, are unable to identify your leaks or issues, it is highly recommended, you discuss it with an outsider, that brings a new set of fresh eyes or experience.

What Kind of Players Have a High or Low WWSF?

We have mentioned this, and it is worth mentioning again. When considering what type of opponents, you are up against, looking at only WWSF would be a bit reckless. You also have to review and evaluate all other available stats.

Whether a player has a high or low WWSF is not a guarantee that they can be placed in a certain bracket when it comes to what type of player they are.

A player with high WWSF, could very well be a player who has a wide range of cards they play preflop, where they don’t hesitate to pull the trigger post flop with bluffs, to win the pot.

As you can see, even if the player has a high WWSF, it does not necessarily mean they are a tight player only playing premium hands, but an aggressive player who is not scared of bluffing and putting pressure on their opponents.

Likewise, when it comes to a player with a low WWSF you may have a player that has a very passive gaming style, where they only see flops playing premium hands. This is why WWSF alone is not enough data for you to decide on.

Review it, along with all the other data collected and, based on them all combined, then make your decision.

If you consider yourself to be a good poker player or aiming to become a better poker player, you need to study the game, learn strategies and read books.

On top of that you need to get a grasp of the lingo used at the tables. Remember, take all the data you collect into consideration.

Do NOT base your action(s) on just one or two different stats but look at the entire picture and then at first, decide, such as VPIP, WWSF, WTSD and WSD, to mention just a few.

Use friends or services, as online poker coaches or poker schools, to review your game, help identify any potential leaks and how to plug them, to become more successful and profitable.

By inviting your friends you now have the chance to earn money from their action, while playing at CoinPoker. All you need to do is share your invitation link, have them sign up, and start playing.

Once they are active at the tables, you earn 30% of all the fees they pay at the cash tables or by playing in a tournament.

Do not forget that this is a lifetime commission meaning as long as the players are active, you earn your percentage from them.