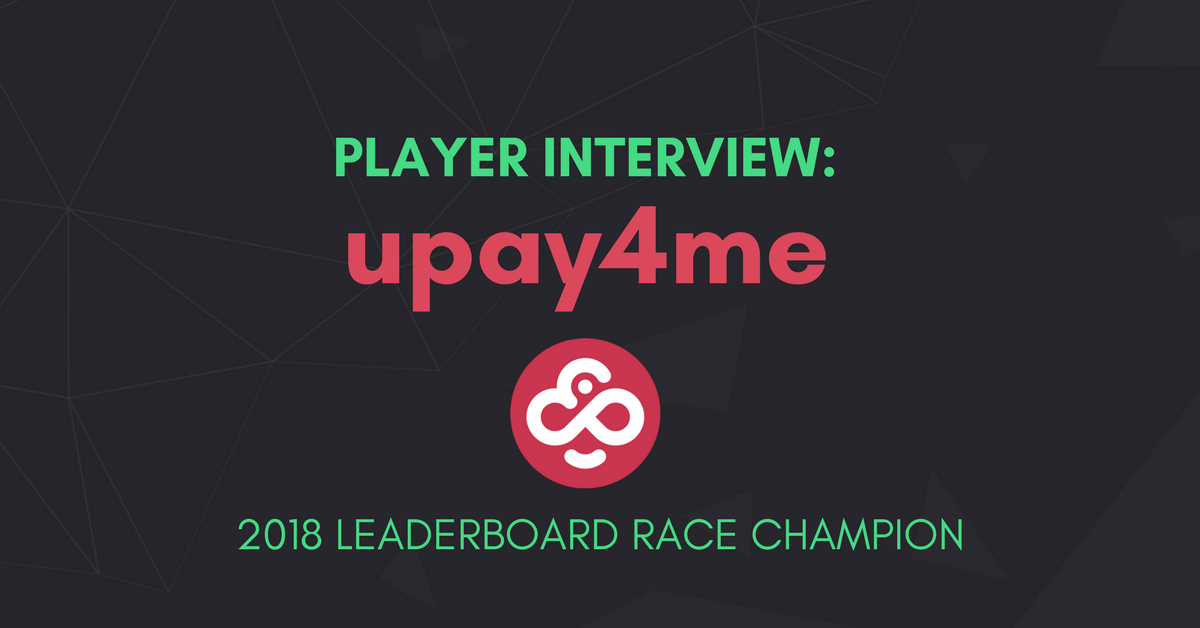 Someone call 911 (or 112 as they do in Ukraine), because emergency doctor Dani is on a poker winning streak and has no plans of slowing down.

In 2017 alone, he managed to reel in thousands of Euros in poker profits, and he kicked on 2018 by winning our Leaderboard Hand Race, and coming second after the grand prize winner of our Tesla giveaway promotion.

As a regular CoinPoker player, Dani is a big fan of our platform and this was by no means his first win. He has accrued an impressive CHP fortune through freerolls, tournaments and cash games on our platform. He will also be donating 200,000CHP to charity, which he disclosed in the following tell-all interview about the man behind the user upay4me.

Q: Can you tell us a little more about yourself?

You can call me Dani, I am 36 from and living in Ukraine. My full time job is as an emergency doctor, but during the rest of my time I play a lot of poker; right now mainly on CoinPoker.

I also have a baby son, who I spend time with playing. I also play football and enjoy traveling (also to live poker tours).

Q: So, how did you find out about CoinPoker?

If I remember correctly I first saw some info on HSDB about a massive freeroll series to be featured on Coinpoker. Then as soon as the Tesla tour started it became my main target for playing online.

I did not have much CHP at the start, but Iwon one of the sattellites and got my first 300 CHP. After that I worked towards building up my bankroll to participate in more games.

Q: And how long have you been playing poker and how did you start?

I started 11 years ago, maybe even more; but I only started playing with real money about half a year in. Than started playing freerolls within a year. I made first $10 deposit soon after that, which was also the last time I put in money that wasn’t won with poker.

Q: After all this success with poker, would you call yourself a professional player?

I am not pro, I am an emergency doctor. Ok, may e semi-pro as the bigger portion of my income comes from poker. Some people spend 7 or 8 hours a day doing something else, for me I spend this time playing poker and earning much more than my Ukrainian wage.

Q: What are you going to do with the CHP you won?

I will donate 200,000 CHP to a local charity here that specializes in helping children with chronic diseases.

As for the rest, I will hold it. I believe the value can go as high as $1-$5 per chip in few years. I believe CoinPoker is a great project and see a lot of potential. As soon as they hit that price range though I would sell.

Q: How many hours a day did you play to win the leaderboard race?

It was a big challenge, but I managed to play around 15–17 hours a day — a few times even 19 hours. Combined with my usual work hours I was exhausted, and my wife even spoon fed me during some moments where the pressure was very high. I felt like my son, but in the end it was worth it.

Q: Not to bring up a difficult subject, but what happened at the final table for the Tesla promotion if you remember?

That’s OK. I do remember it quite well: I lost with 99 to K10 pre-flop. But you always win some and you lose some.

Q: What are your plans or dreams for the future?

Q: What are your thoughts on the CoinPoker project as a whole?

What can I think about a poker room that gives me the chance to win such huge sums of money during only 2-3 months!

I think room has a great team, and will definitely be one of the biggest players in new era of poker.

Q: What was the biggest poker win you had before winning the CoinPoker hand race?

My biggest win before CoinPoker was only $5,000 and an iPhone in an entire month.

Q: In closing, do you have a message for the CoinPoker community or for players who haven’t joined us yet?

CoinPoker gives every player the opportunity to win big. The freerolls series for example are an easy start for every new player looking to build up a good bankroll. As long as you are willing to put in the work of course.